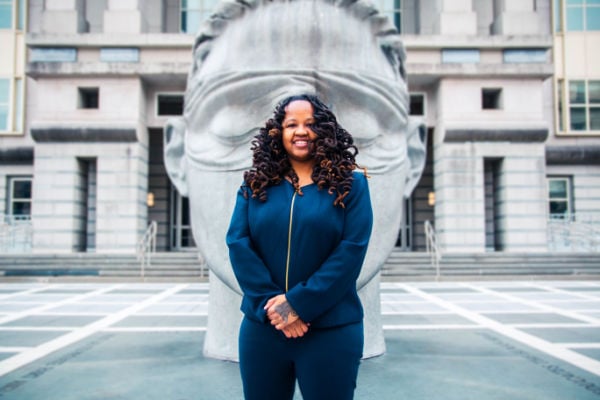 Last month, Verona got word that we will be moved from the 11th congressional district to the 10th. Today, a Montclair resident announced that she will be challenging Rep. Donald Payne Jr., a Democrat who has represented the 10th district since 2012. (His father, Donald M. Payne, had represented the 10th from 1989 until his death in 2012.)

Imani Oakley is a self-described progressive and a pro-democracy activist. “From Verona to Newark, Essex to Union County, our movement welcomes everyone dedicated to lifting up working people,” she said in a prepared statement. “Together we will win real change for our communities.”

In addition to Verona, the 10th district was also redrawn to include Garwood, Kenilworth, Cranford, Essex Fells, and
Caldwell. West Orange and Union Township, which were partly in the district before, will now be entirely within its boundaries.

The primaries for this year’s New Jersey congressional races will be held on Tuesday, June 7. Candidates have until April 4 to file to run in the election.