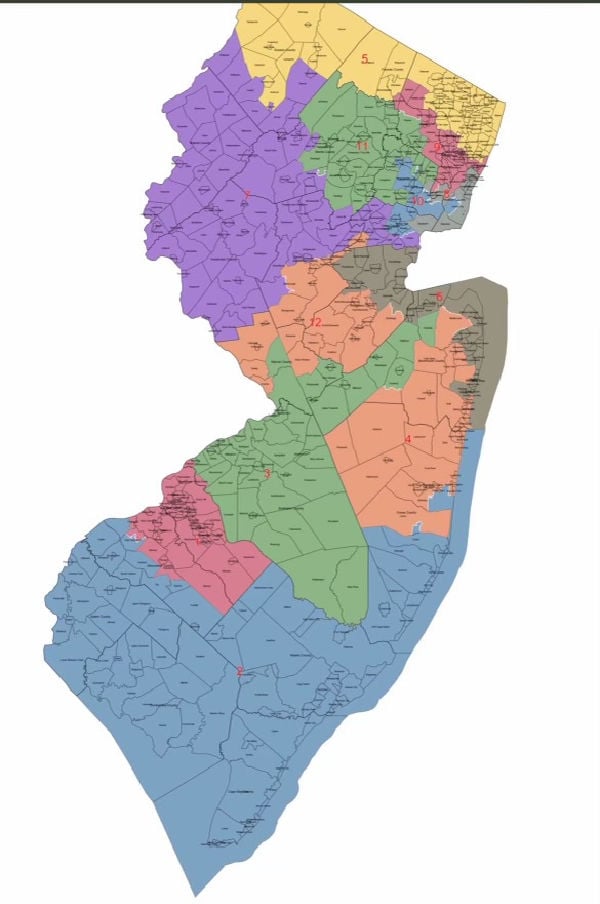 New Jersey Congressional Redistricting Commission’s has finished its work and Verona is once again being shuffled to a different district, from the 11th to the 10th. The change means that Verona will no longer be represented by Rep. Mikie Sherrill. Our new congressman will be Rep. Donald Payne Jr.

Verona has been a bit of a football in redistricting. We were shifted into the 11th from the 8th congressional district a decade ago, moving from Rep. Bill Pascrell to former Rep. Rodney Frelinghuysen, and from a primarily Democratic district centered on Passaic County to one dominated by Morris County Republicans. In 2017, Sherrill, a Democrat, filed to run against Frelinghuysen and when he decided in January 2018 to not seek reelection, she found herself facing state Assemblyman Jay Webber. Sherrill handily defeated him and her more recent challenger, Rosemary Becchi, with a majority of Veronans voting for Sherrill in both elections.

Sherrill has been an active presence in Verona. She was in town most recently on December 17 with the Army Corps of Engineers and New Jersey Department of Environmental Protection Commissioner Shawn LaTourette to learn about the flooding along the Peckman. At Monday night’s Town Council meeting, Verona officials expressed hope that Sherrill would be able to bring some federal resources to bear on our flooding, which has washed over the center of town, the sewage treatment plant, and yards abutting the Peckman all the way to the Cedar Grove border. Reached today, Verona Mayor Alex Roman said he was thankful for the meeting and added that he will try to get Rep. Payne to pick up on it.

The 10th congressional district has been centered on Newark for decades, and from 1989 to 2012, it was represented by Rep. Payne’s father, Donald M. Payne. When the elder Payne died in 2012, his son ran for the seat. He won and has been reelected every two years since then. In the current Congress, Rep. Payne sits on the Committee on Homeland Security and the Committee on Transportation and Infrastructure.

MyVeronaNJ reached out to the offices of Rep. Payne and Rep. Sherrill about the redistricting, but has not yet heard from either.

- Advertisement -
Previous articleHelp Wanted: Verona
Next articleCommunity: The Gift That Keeps On Giving