Verona and Caldwell. A pair deeply intertwined in history. A rivalry fought every year for the title of victor. Verona and Caldwell both played above the caliber expected for small schools, but in this matchup, Caldwell had the upper edge.

Verona took possession as the game kicked off but had a tough time moving the ball downfield. At first, Caldwell, playing at home, also had a tough time moving the ball, with tackles from #3 Gianluca Checchetto (wide receiver, cornerback) slowing the drive. However, a pass to #2 Harry Boland (wide receiver) broke free of multiple Verona defenders, allowing Caldwell to take the lead. After another unsuccessful Verona drive, Caldwell scored off a 20-yard run into the endzone. Then on another long reception in the first quarter, Caldwell went up 21-0. 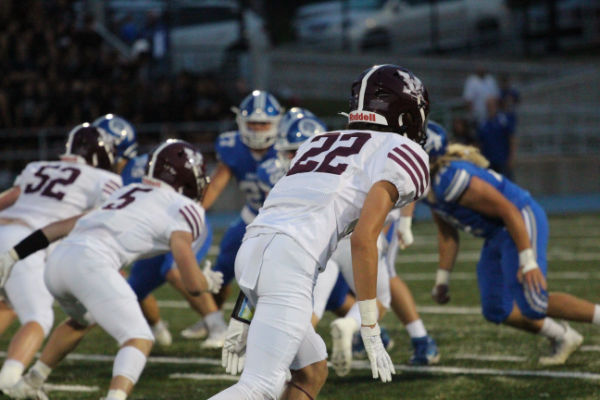 The second quarter started not much better for the visitors, with Caldwell scoring on the 4th drive in a row. The score became 28-0. However, immediately after Verona went on offense, #23 Zach Garmont (wide receiver, cornerback) caught a pass from #10 Connor Demasi and rushed for 65 yards to the endzone. This touchdown stands as the first points scored on Caldwell’s varsity all season. However, an unsuccessful extra point led to a 28-6 score as 9 minutes remained in the first half. Despite a multitude of tackles from captains #20 AJ Nigro (running back, linebacker) and #1 Alex Rodriguez (wide receiver, cornerback), they could not stop Caldwell from achieving two more touchdowns before the close of the half.

With the commencement of the third quarter, Verona had a renewed sense of determination. Tackles from #44 Bodie Maisano (linebacker) led to a Caldwell punt. A 30-yard reception to Rodriguez put Verona in the red zone. The next play was a touchdown by Captain #4 Luke Cerle (running back, linebacker). With a time-consuming Caldwell drive, the third quarter wound down to a close. 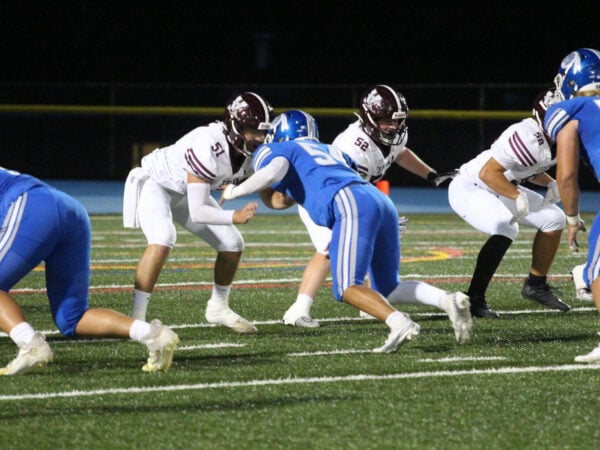 At long last, the fourth quarter began. Caldwell was unable to move the ball and punted to the Verona 35. A 30-yard rollout from Demasi was followed by a 15-yard pass to Checchetto. A few plays later, Rodriguez beat coverage and caught a pass for a Verona touchdown. Caldwell proceeded to kneel and end the game at a score of 42-20.

Captain #51 Andrew Boyle (center, defensive end), was instrumental in organizing the line for the possibility of lengthy pass plays. These were highly prevalent in this game, making the three touchdowns scored by Verona possible. When asked how Verona would improve to beat Morris Catholic when the two play on Sellitto Field on Friday, September 23, Boyle replied, “Our team needs to keep our heads up and get a solid week of practice in. We need a win more than ever this week, and playing at home will give us an advantage. If we improve our run blocking, I believe we’re going to surprise a lot of people next week.” 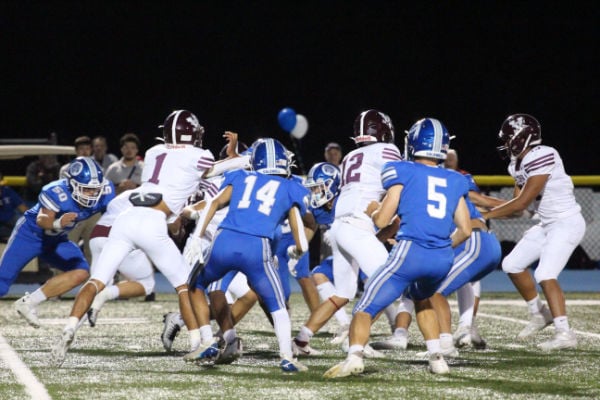 Yes, there are two new listings in Verona real estate. And one of them is definitely a bargain...