How Zoey Penny Inspired A Race For A Cure 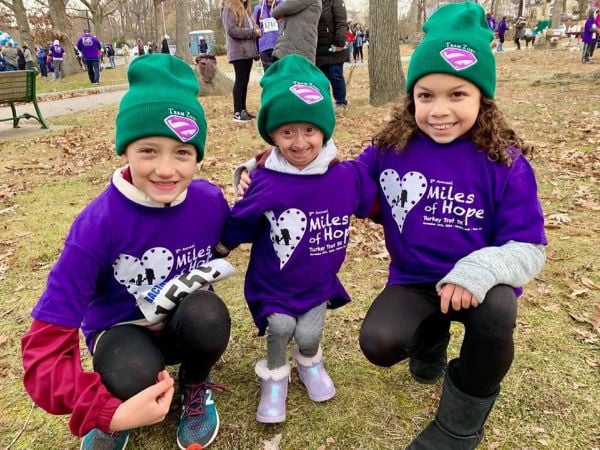 Ten-year old Verona resident Zoey Penny’s zest for life has transpired through extensive fundraisers for a disease that few people have, Progeria. Zoey is one of them, and on November 30, she and nearly 300 participants will join arms and take part in the ninth annual Team Zoey Turkey Trot in Verona Park.

When Zoey was just 5 1/2 months old, she was diagnosed with Hutchinson-Gilford Progeria Syndrome, colloquially known as Progeria, a genetic disorder that causes a child’s body to rapidly age. The disease is very rare, as there are currently only 200 known cases diagnosed across the globe. Zoey is one of the youngest children to be diagnosed with the disease, and it took over three months of various tests to officially declare her diagnosis. Unfortunately, there is currently no cure for Progeria. 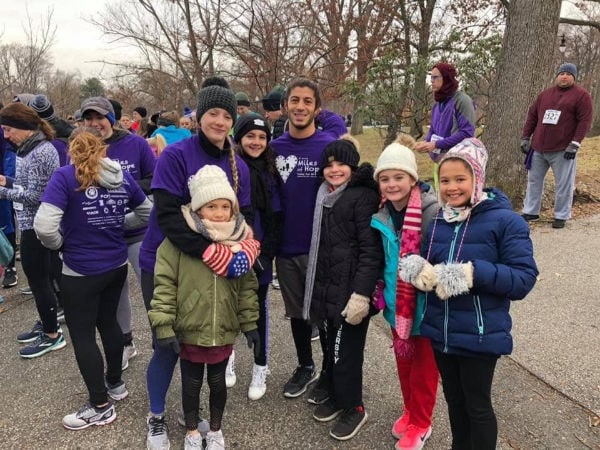 Today, Zoey is an active, social, and loving young girl living with her parents and two brothers in Verona. Her mother, Laura Penny, describes her as a very engaging and happy child with a magnetic personality.

“She loves being a student at Forest Avenue Elementary School and has so many friends that do not treat her differently. It’s almost natural how she connects with her peers, and overall, she is just another kid in the classroom who loves spending time with her friends from school,” Penny explains.

The Team Zoey Turkey Trot is the perfect event to support Zoey, as her athleticism inspires her friends and family. Currently, Zoey competes in a competitive gymnastics team and her coach describes her as “very fit, strong, and developing buff arms.”

Zoey’s physical and mental toughness in spite of adversity, as well as her bubbly personality, is what propagated the annual Team Zoey Turkey Trot, which benefits the Progeria Research Foundation (PRF). Zoey’s parents chose the Boston-based PRF as the benefactor of this event, which includes a 5K race and fun run, because the funds raised help pay for drug trials toward finding a cure for Progeria.

Laura Penny and her family are very positive about the strides they have made toward raising money for Progeria through the annual Team Zoey Turkey Trot. Every year, nearly all of their daughter’s classmates attend and wear matching shirts to support Team Zoey, the organization that Zoey’s family created to support events such as the Turkey Trot that benefit PRF.

The community of Verona and Forest Avenue Elementary School are the main donors for the Team Zoey Turkey Trot, as Penny says that almost half of the money raised from this event is from these pools of supporters each year. These donations, in addition to many others over the years, have not only raised money for this cause, but also spread awareness of the disease.

“When Zoey was diagnosed, there were only about 100 progeria cases worldwide, but with continued fundraising events, PRF has found about 100 more cases,” Penny adds. “What makes PRF so special is its dedication to finding these kids-in some countries, cases often go undiagnosed. Progeria has gained so much attention over the years from events like ours that continue to help locate these patients, get them to Boston Children’s Hospital, and enroll them in a trial to help find a cure. PRF directly makes this mission possible.”

There have been challenges along the way, like the 2008 recession that touched the lives of many in New Jersey, or when Hurricane Sandy hit in 2012; both made it difficult to bolster the cause in the midst of such pressing times. However, Penny shares that overcoming adversity is central to the event, as a similar string of determination is what truly makes Zoey who she is. 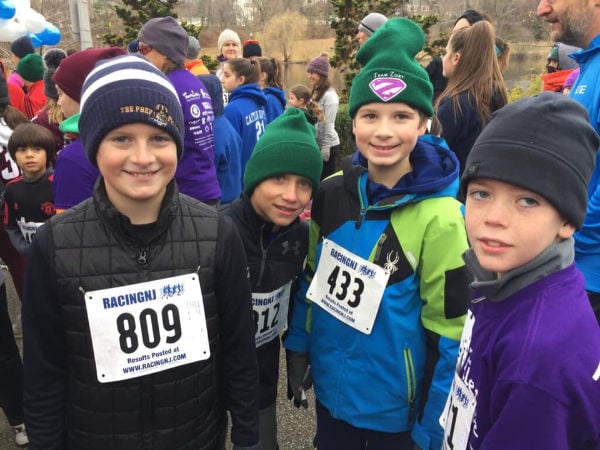 What Laura Penny and her family hope is that more people come to the event each year not out of obligation, but out of motivation and curiosity to find a cure and support such an important cause. The family is open to evolving the event, just as Zoey’s life will continue to evolve as she grows. Next year, Zoey will graduate elementary school, so perhaps modifying the annual Team Zoey Turkey Trot will draw in a new audience without losing the loving support of Forest Avenue Elementary School.

The fundraising has accumulated and encouraged other Team Zoey events, such as periodic bowling fundraisers organized by close friends of the family, as well as an annual golf outing in September that Penny’s father proudly arranges.

Laura Penny and her family are very thankful for everyone in Verona who continues to make this event fun and inspiring each year.

There’s still time to register online for this year’s Turkey Trot in Verona Park. Or you can join in the effort on the day of the event. Same day registration is $35 for runners and $25 for walkers. 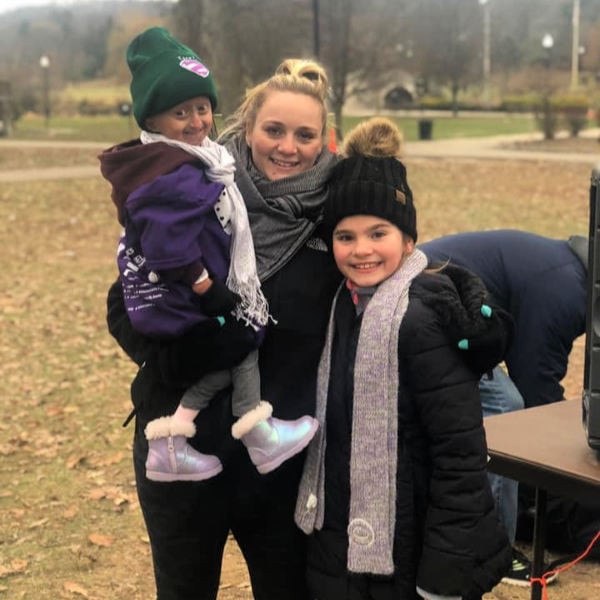