Volleyball In The Fast Lane 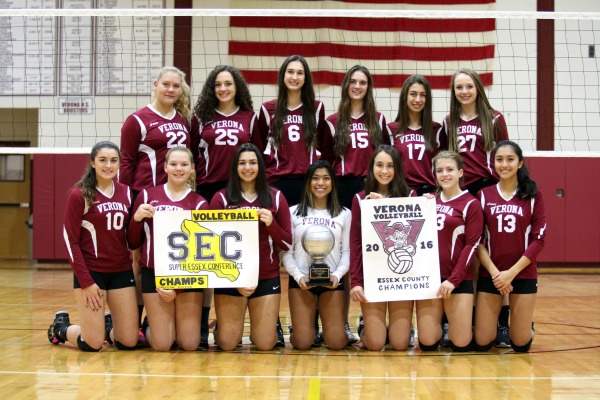 When Jeff Stiefbold took over as Verona High School’s volleyball coach in 2013, he committed to making the Lady Hillbillies a competitive force. In just four seasons, the Ladies have, to borrow a term from their sport, simply killed it.

And Verona delivered. Not a victory, but a solid workout for Bogota, which had claimed the state title seven times before. Bogota squeaked out a narrow 26-24 victory in the first set, and Verona continued the heavy scoring in the second set, which ended at 25-18 Bogota. The state kill record got a workout too, with Gioiosa adding 20 to her total and Waterman adding nine.

Stiefbold couldn’t be prouder of his players. “We have broadened the number of players who can be effective on offense”, he says, pointing to Caitie Kenneally, Francesca Cortese, Brooke Cooney, Nicolette Marino, Madisyn Matthews, Kelly Waterman and the “weapons”, Carly Waterman and Hunter Coppola. Plus Olivia Lucanie and Cameron Fuentez on defense. “We are 100% total team,” he says. Stiefbold also wants to give a shout-out to Kate Ryan and Daniela Trujillo. “They played JV and really helped us in practice,” he says. 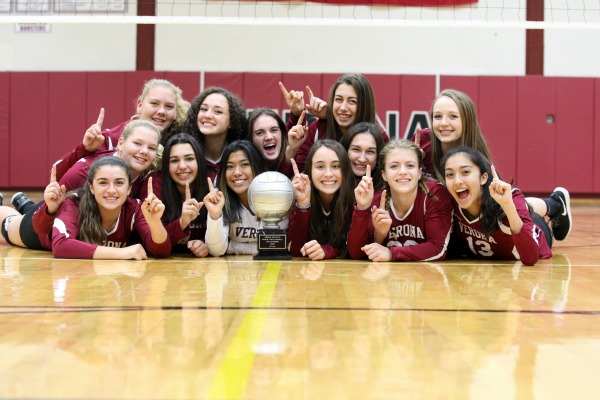 Only Kenneally and Lucanie were in their final VHS season this year and there are other good markers for the future. “When we got here,” Stiefbold says of himself and his brother, who serves as the JV coach and varsity’s assistant, “we only had two players who played on club teams. This year, we have 20 players who will be playing club volleyball.”

Verona volleyball’s strong performance also seems to be helping the Stiefbolds get through a personally difficult time after their father, legendary VHS soccer coach George Stiefbold, passed away on September 6. “It’s been an amazing season,” Stiefbold says. “We have a feeling that dad was watching over us.”