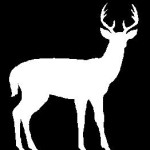 Essex County will cull the deer herds on county lands for the fourth year beginning in January. This time, however, no municipal approval will be needed.

On Monday, County Executive Joseph N. DiVincenzo, Jr. outlined a program that will largely resemble those of previous years. The deer hunt will be conducted over a six-week period from Tuesday, January 18 to Thursday, February 24 at the South Mountain, Eagle Rock and Hilltop reservations. But the hunt will be reduced from six half days to four at South Mountain and from six full days to eight half days at Eagle Rock.

Because of changes to state law this past June, counties can now set and manage deer hunts on county-owned lands without seeking approval from the towns in which the properties are based. Verona’s Town Council had had to approve the 2010 hunt because parts of the Hilltop and Eagle Rock are within Verona’s borders.

County officials noted that the previous hunts have sharply reduced deer-vehicle collisions, which have dropped from 363 in 2008 to 114 so far this year. The cull has also allowed the county to begin to replant the reservations with native flowers, shrubs and trees that had been decimated by the large deer population, limiting the food and shelter of other species.