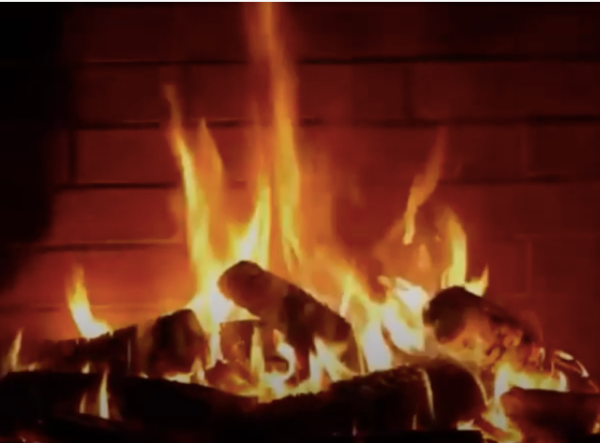 In a normal December, H.B. Whitehorne Middle School creates a chamber ensemble of about 20 students who meet after school to learn holiday classics and perform at Fair in the Square, as well as in the school lobby for teachers on the last day before break. But this year, Ava Evans rehearsed from home for her grandfather and uncle, and then uploaded her part to Google Drive where her teachers could make it part of a virtual concert, called, without a touch of irony, “Home For The Holidays.”

“It was different because you didn’t hear everyone perform at once,” says the eighth grade cornet player. “I didn’t hear my duet partner until it was all done.”

The virtual concert was several months in the making. At the end of October, HBW music teacher Brian Michalowski surveyed his students to see who would be interested in a holiday music project and ask for their song preferences. He and fellow teacher Dan Halpern wrote up music in Noteflight, the cloud-based program that they are using for remote music instruction during the pandemic, and sent the parts out to students for practicing.

“I think collaboration comes naturally to musicians so I was always thinking about who we could ask to make special guest appearances and add to the ‘specialness’ of it all, says Michalowski. “We definitely wanted to include the other wonderful teachers at HBW as well so we asked them to create holiday messages.”

Flexibility also seems to come naturally to musicians, and HBW’s players stepped up to the challenge. Baritone player Molly McCabe was assigned a duet in “Silent Night” with her friend Sadie McMahan, a clarinet player. “The piece was written so the instruments would fit together,” McCabe says. While the two couldn’t practice or perform in person, they talked regularly as they rehearsed. “I texted her so we were wearing the same thing in the video,” McCabe adds.

Halpern and Michalowski rehearsed virtually with all the students and coached them in how to record their parts. “We warned them that they may need to take 20 takes in order to get their final video,” Michalowski says. “We suggested that they practice filming themselves since playing for the camera is much different than just practicing on their own. Most students then submitted drafts of videos for us to critique and give feedback.”

That included Eve Kershaw, a trumpet player who performs in “My Favorite Things” in the video. “It was quite difficult for me because I am a perfectionist,” she says. “Once I took a photo instead of hitting record.”

Once the videos were submitted, Michalowski extracted the audio from them and put them into his computer to mix the sound with an accompaniment from himself or Halpern. The video also features special guests like Max Morden, who teaches music in the elementary schools and directs the Verona High School jazz band, and Barbara Piercy, who has been the music director for many HBW musicals. Once the audio was completed, Michalowski put everything into iMovie to create the final video, which is 40 minutes long. When asked how he managed it all, Michalowski says simply, “Coffee. Lots and lots of coffee.”

Kershaw deeply appreciates all the hard work that her teachers put in. “How amazing these teachers have been,” she says. “They have done so much.” Still, she misses performing in person with her regular bandmates, as she did when they got together for an outdoor “band jam” in October.

While there can’t be any in-person performances until the pandemic subsides, Michalowski has plans for another virtual concert, “Live From Home,” that will involve every music student at HBW. “All music students will gather on Google Meet and play through music that we have been working on for their families,” he says. “Since we can’t all really play together due to the lag of the internet, students will remain on mute and play along to an accompaniment track. This way we are playing together and can still share the joy of music to our families.”

You can listen to “Home For The Holidays” in the video below.