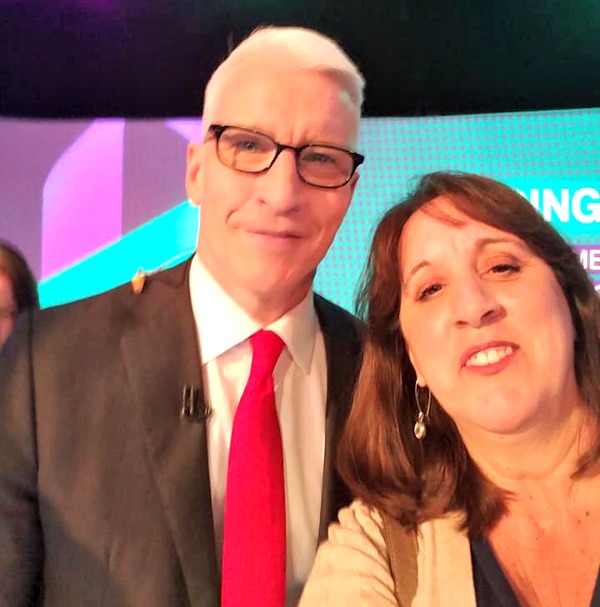 Rosemary Citrano Gabbe, who organized last year’s highly successful Verona Park walk for the American Foundation for Suicide Prevention, was invited to participate in a special CNN Town Hall “Finding Hope: Battling America’s Suicide Crisis”. The show was taped on Thursday night in Manhattan and will air this Sunday, June 24, at 7 p.m.

Anderson Cooper will moderate the town hall on suicide, the often misunderstood and growing crisis that can reach across all socio-economic, race, gender, religious, political and age groups. As the country mourns the deaths of chef Anthony Bourdain and designer Kate Spade, this special hopes to raise awareness by speaking with health professionals and those directly touched by suicide including: 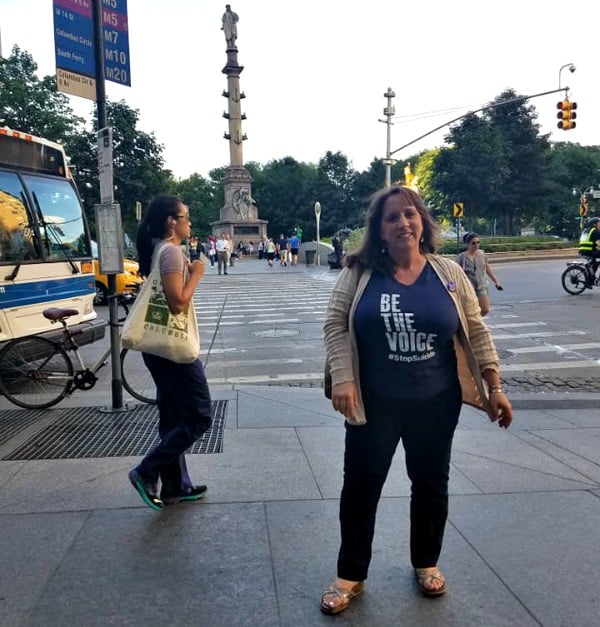 During the hour, CNN will provide information on available resources for anyone in the U.S. and around the world who is struggling with depression and suicidal thoughts.

In addition to the TV airing, CNN will stream”Finding Hope: Battling America’s Suicide Crisis” beginning at 7 p.m. on June 24, without requiring log-in to a cable provider. The Town Hall will be available to watch on CNN.com’s homepage and on CNNgo (at CNN.com/go and via CNNgo apps for Apple TV, Roku, Amazon Fire and Android TV) and on the CNN mobile apps for iOS and Android unauthenticated. After airing, viewers can also watch the full Town Hall on CNNgo starting Monday.

The Verona Park walk that Gabbe organized last year was the second largest AFSP walk in New Jersey, raising more than $116,000. As a result, AFSP was able to sponsor several general community events to raise awareness of suicide prevention, as well as an event specifically for high school seniors to prepare them for the transition to college. The planning for this year’s walk, which will take place on Sunday, October 14, is already under way.