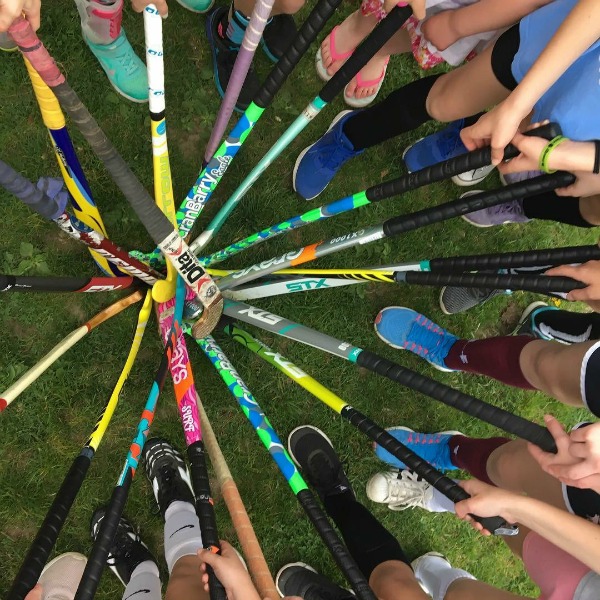 The Verona Recreation Department is launching an exciting new program for middle school girls. Thanks to the grassroots efforts of the Recreation Department and community volunteers, Verona will have its first ever field hockey teams. Depending on the number of registrants, Verona will have between one and three teams competing in the Mid Jersey Youth Field Hockey League this fall.

Although field hockey has been around for a long time, it is growing rapidly. According to the Team USA website, in 2017, there were 284 colleges and universities with women’s field hockey programs. The game is played on grass or turf. Players use hook-shaped sticks typically made out of wood to hit a hard, round ball across the field, with the objective of hitting the ball into a goal.

The young ladies who will represent Verona will be playing teams from Glen Ridge, Chatham, Millburn and several other northern New Jersey towns. These towns have established programs, but as Coach Kristen Millar says, “we know Verona girls are more than up to the challenge.” If the program takes off in town, these first few teams will have left behind a legacy for many more Verona girls. “We are already very proud of the determined young ladies who are taking on something bigger than themselves,” says Coach Rita Scelfo.

Practices and games will be fun, challenging and rewarding. Coach Laura Morales is “so excited that the Recreation Department is behind another opportunity for young girls to gain confidence and make new friends.” In addition to Coaches Millar, Scelfo and Morales, the girls will also be lucky enough to learn from some highly talented field hockey players and coaches. Coaches Kristen Cassano, Liz Giblin and Jessica Molina all played at a high level in college. Cassano and Giblin have already cut their teeth in the coaching ranks as high school coaches. Jennifer Critchley will also provide coaching assistance.

Games will be played on Sundays. Practice dates and location are still to be determined. The fee to register is $70, which includes uniforms. Registration will be closing soon, as the teams need to be formed by mid-July.