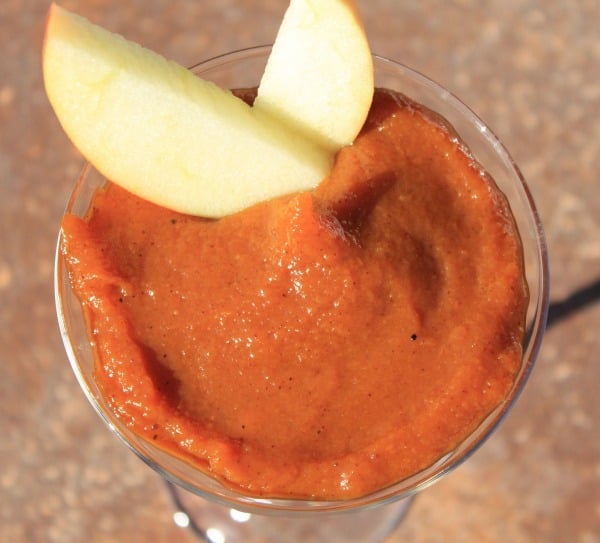 This time, in my search for a recipe, I started with Pinterest. I’ve had a Pinterest account for a while, but never really understood how to use it. Through food, my desire to see what the “indie” cooks had to say about pumpkin, and really using Pinterest as the online bulletin board it is, I have found it to be an incredible resource. Now, as with any online resource, one cannot guarantee anything, but in this case using two recipes and 5 years of experience as a base, I was able to create something original that was both easy and tasty. And by the way, it makes the house smell so good that it might just be the perfect thing to make as the polar vortex rolls in later this week and we need some warm comforting smells.

Until I made this, I had never had Pumpkin Butter before, but having worked with homemade Blueberry Butter and Apple Butter, I figured it couldn’t be that difficult to figure out. I found one recipe for stove top Pumpkin Butter and another for slow cooker Pumpkin Butter. Both were relatively similar in that they used pumpkin purée (canned), spices, and some kind of apple beverage. Reading through the recipes, it was clear that the apple juice or apple cider were used for both flavoring and a source of liquid that would eventually evaporate but prevented the butter from drying out. Going for a true pumpkin flavor, I opted out of the apple beverages and instead decided to flavor my cooking water with a cinnamon stick. Delicious. 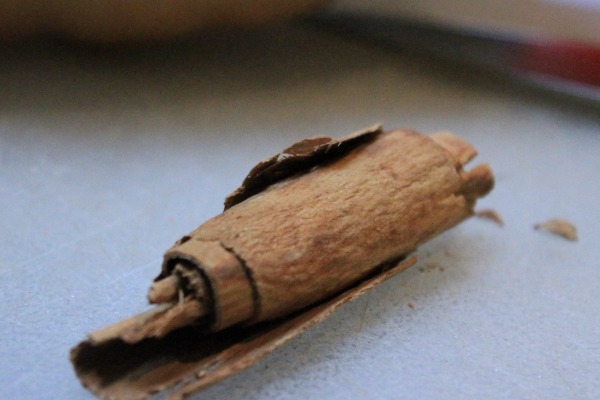 For this recipe I used a Cheese Pumpkin. Sugar pumpkins have become scarce as fall continues to move forward, but this worked out even better because it fits perfectly in the slow cooker. This type of pumpkin is great for baking and while the flesh is more orange than yellow, for this recipe it really doesn’t matter because the pumpkin butter darkens as it cooks. 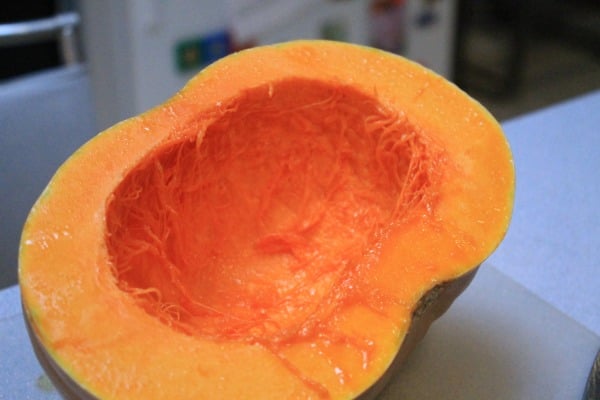 In short, this is a one-pot recipe that cooks all day and makes your whole house smell awesome!

Cut the pumpkin in half from top to bottom so you have two ovals. Remove seeds. Warp the other half in plastic wrap and refrigerate to save for another use.

Place pumpkin, flesh side down, in slow cooker. Cover and cook on high for 2 hours.

Scrape out pumpkin flesh and place in bowl of a food processor. 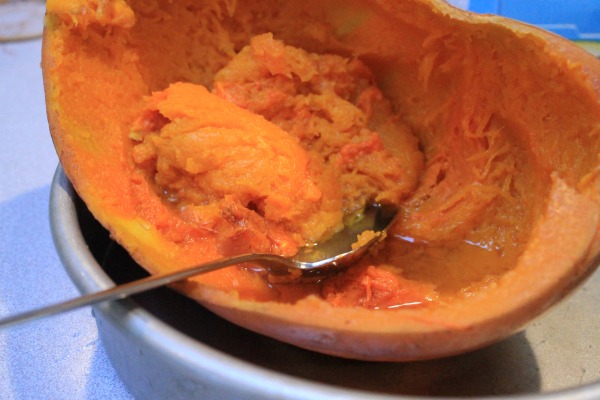 Add 1/2 cup of liquid to pumpkin and purée until smooth, about 15-20 seconds. You should have about 3 cups of pumpkin purée.

Cover slow cooker and cook on high for 1 hour.

Prop open top of slow cooker and continue to cook on high for another 2 1/2 hours, stirring occasionally.

This was so easy and such a quintessential fall recipe, I think everyone should try it.

The Pumpkin Butter is great on apple slices.

I always prefer using fresh pumpkin purée, mostly because it’s easy, but if you want to use canned pumpkin for this recipe, you can still flavor your water with cinnamon by gently heating a cinnamon stick in water.

I found Cheese Pumpkins at Hillcrest Farms, and someone suggested also trying Corrado’s.