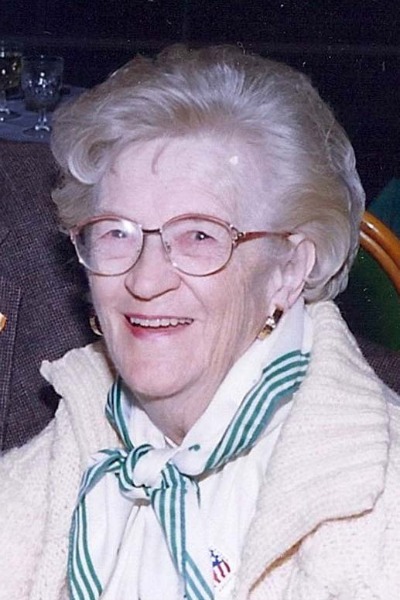 Born in Bloomfield, she moved to Verona in 1947. Mrs. Frey and her late husband of 71 years, Michael (who died this past September 28) were both veterans of World War II. Eileen served in the Women’s Army Air Corps from 1942 to 1943 and is a former commander of the Women’s Auxiliary of VFW Post 6255 in Cedar Grove and a member of the American Legion in Caldwell.

She was a sergeant at the Essex County Corrections Center in North Caldwell for 22 years, retiring in 1984. Mrs. Frey was a member of PBA and the Fraternal Order of Police.

Mrs. Frey was the mother of Maureen Ghali (and her husband, Edward), Kevin Frey (and his wife, Regina), Brian Frey and Patrick Frey (and his wife, Melinda). She is also survived by her three beloved grandchildren, Michelle Ghali (and her husband, Edward Roslak), Liam Frey and Dylan Frey. She was predeceased by her husband Michael, her son Michael, and her sisters Margaret McQuaid, Mary Callahan and Deric (Anna) Gallagher and her brothers, William & Robert McQuaid.

In lieu of flowers, donations to Verona Rescue Squad would be appreciated.