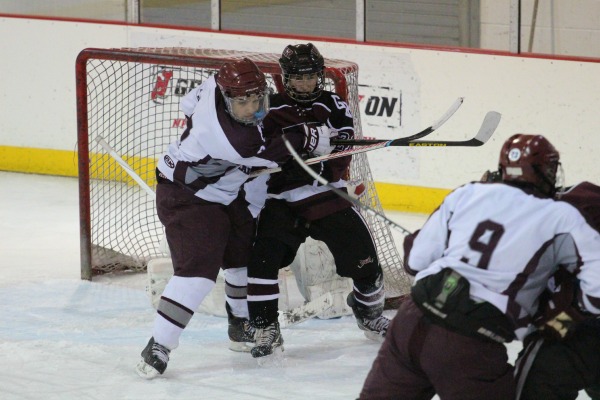 Dylan DeCandia didn’t score any goals when the Verona-Glen Ridge hockey team lost to Nutley High School early this year. He made up for it last night. 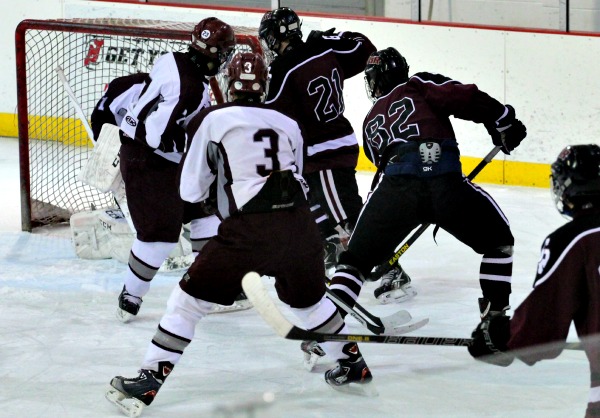 Nutley froze DeCandia out of the net in both the first and second periods, and scored on a Mike Frade shot with an assist from Justin Souza and Brian Parigi. But if the Raiders were watching the ice the way a volcanologist studies volcanos, they should have seen the clues that an eruption was imminent. Like DeCandia’s shattered stick. 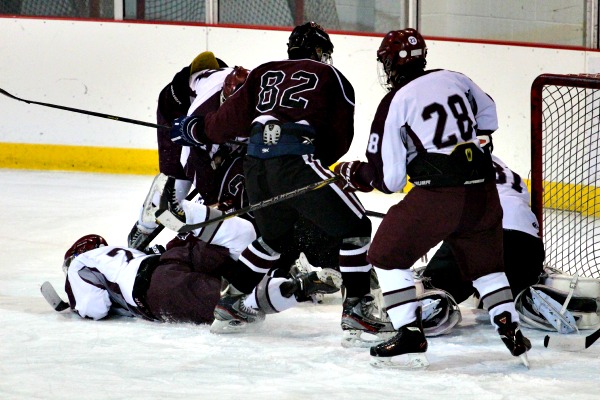 DeCandia, who leads VGR’s scoring this season with 47 points, blew in a shot at the start of the third period on an assist from fellow senior Sean Gluzberg. And just about three minutes later, he was back in the net with help from Nick DiStaso, last week’s Verona Sports Boosters Athlete of the Week. Stephen Wenzl, a sophomore from the Glen Ridge side of the team, pushed the winning score to 3-1 at the buzzer. 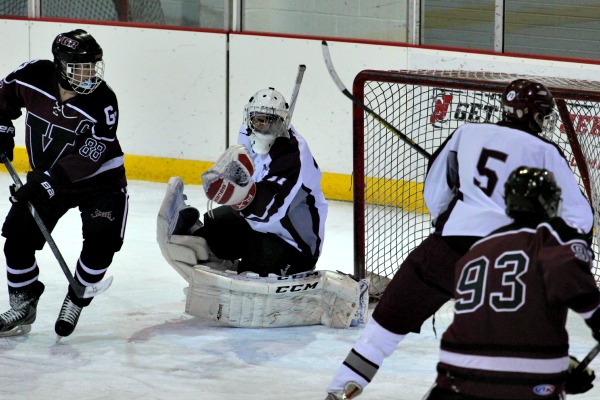 VGR goalie Cam Giulianelli, a junior from the Glen Ridge side of the team , also deserves a shout-out for his role in the win. Of Nutley’s 30 shots on goal, Giulianelli stopped all but one. VGR takes on Millburn on Saturday at 5:45 p.m. That game is also senior night for the team, which now has a 12-4-2 record. 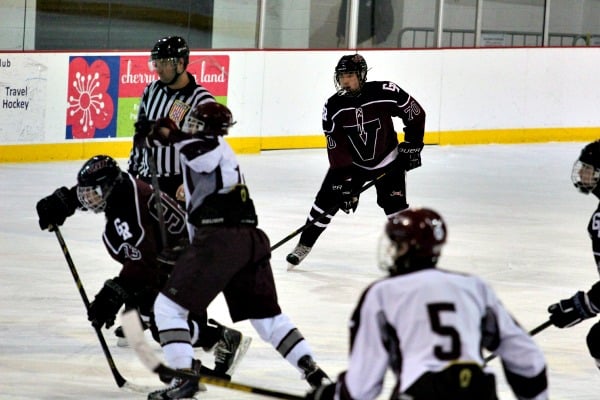 - Advertisement -
Previous articleMichael A. Bartolo, 85
Next articleIntern This Summer With Essex County Prosecutor