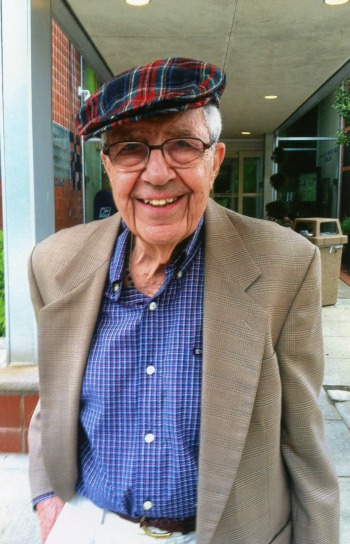 Mr. Michael A. Bartolo, 85, died peacefully with his loving family by his side on January 28, 2014 at his home in East Hanover.

A Funeral Mass will be offered in Our Lady of the Lake Church, Verona on Saturday, February 1 at 10 a.m.
Visiting in the Prout Funeral Home, 370 Bloomfield Avenue, Verona on Friday from 3:30 to 7:30 p.m.

Born in Montclair, Mr. Bartolo grew up and lived most of his life in Verona prior to moving to East Hanover.
He was the owner of Green Acres Luncheonette in Verona and formerly a partner in the Verona Inn and then continued as the director of food service for Fairfield University and Seton Hall University. He retired as the director of food service for Wes Ray LLC in Morristown.

Mr. Bartolo was an usher at Our Lady of the Lake Church and formerly a member of the Verona Fire Department.
He is the husband of Helen Bartolo, the father of Liz Bartolo and Susan Bartolo and the brother of Frank Bartolo and Rosalie Stritter.

He is also survived by his stepchildren, Jeffrey Querques, Helen Williams, Tracy Stern and grandchildren, Kara, Jimmy, Alexis, Sara, Tracy, Samantha, Adam, Daniel, Noah, Olivia & Will. He was predeceased by John Querques.
In lieu of flowers, donations to the Verona Rescue Squad would be appreciated.