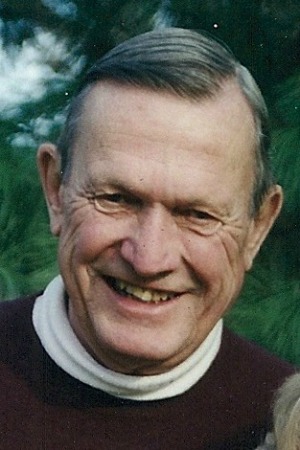 John A. Schaffer (Jack), 83, of Verona, passed away peacefully at his home on April 2. He is preceded in death by his wife of 54 years, Marylou. His three children, Rob (Nancy), Sally (Rich) and John (Beth) and his grandchildren, Caitlin, Doug, Corey and Alec, survive him.

Jack grew up in Montclair, and was a graduate of Phillips Academy and Princeton University. He was a decorated veteran, serving in the Army from 1953 to 1955. After the war, Jack began working for Manufacturers Hanover Trust in New York, where he remained for 30 years before retiring as an executive vice president in 1987.

Jack always enjoyed his long-­standing membership at the Montclair Golf Club, including serving on the board of trustees. In recent years he was a member of the Verona Park Conservancy, where he helped to maintain and beautify the park he loved and lived next to for 53 years.

At Jack’s request, there will be no services. For all of those who knew him, please raise a glass to celebrate his life, as his family will do.

In lieu of flowers, the Schaffer family requests that you make donations to the Verona Park Conservancy in Jack and Marylou’s names for the “VPC Tree Fund”. One hundred percent of the donations go directly to the park and will happily be a living legacy in their names.

- Advertisement -
Previous articleReal Estate For April 6-7: Castle Near Kip’s
Next articleBaseball Gets Its Mojo Back