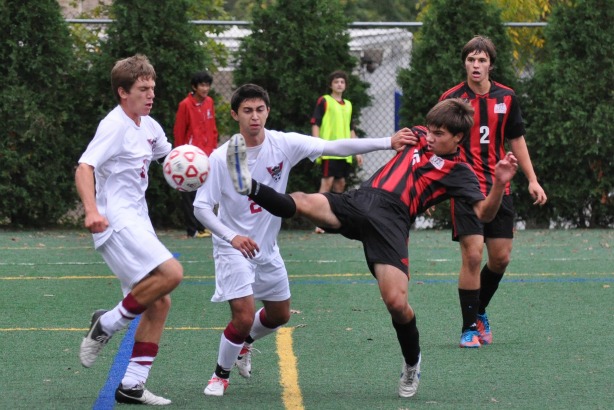 Mike King’s 13 saves and Troy Carrington’s first-half goal weren’t enough to hold off the Newark Academy Minutemen yesterday at Centennial Field. Tied 1-1 at the half, Newark Academy’s Nicholas Williams had two second-half goals (three on the day) to hand the Hillbillies their seventh loss of the season. The 3-1 defeat puts the Hillbillies record at 5-7.

In Hillbilly Country today the girls soccer game has been postponed and the tennis team has an away match at Livingston High School, weather permitting.