The skills that Jackie Noyes needed for her first sports passion, soccer, are, on the face of it, much different than those she now needs for tennis.

Yet the senior captain of the Verona High School girls tennis team has channeled the stamina, focus and athleticism of the former into an impressive record in the second. Noyes, who plays first singles for the tennis team, is currently 10-2 on the season and is undefeated in Super Essex Conference play.  Jackie Noyes is the Verona Sports Boosters Senior Athlete of the Week.

Noyes recently sualified for the state singles tournament and  was one of the two girls left in the second day of competition in the county match with an undefeated record.  She then competed and lost against Millburn’s Jane Bary.

VHS Tennis Coach Patricia Schoenig is full of praise for her player. “Jackie is unselfish with  time and is always willing to do anything that will help improve the team,” she says. “It could be feeding for drill work or ‘feeding’ at team dinners or lunches, which greatly improves the chemistry of this small team of 10.” 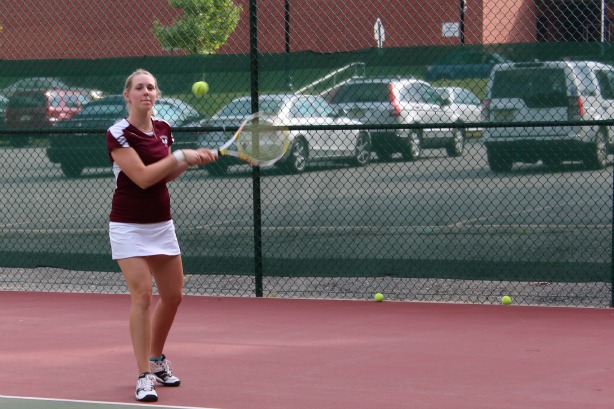