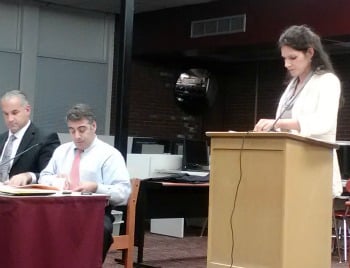 Proponents of a plan to switch Verona’s kindergarten from half day to full day through a ballot initiative in November addressed the Board of Education at Tuesday night’s meeting.

Crystal Bichalski, one of the co-founders of  Full Day K For Verona NJ, talked about the group’s efforts to rally support for a Yes vote on the November 6 election, from a Facebook page to signs on lawns and in businesses around town. She noted that the group has been trying to sway voters by focusing on five key points, from the added instructional time to what they view as the minimal additional cost for the program. If approved by voters, Verona’s full-day kindergarten program would follow the so-called Roseland model: Kindergarten students would have a half-day program for September  through December, and then a full-day for the rest of the school year.

Full Day K believes that the added in-class time–two hours and fifteen minutes–would provide additional time for socialization and work on stricter state-mandated curriculum standards. “In 2012, kindergarten is the new first grade,” said Bichalski. The group says that prospective kindergarten students are ready for a long day because they have spent time in pre-school.  The group has pegged the additional cost of the program at $25 annually per Verona household, which they note in their handout is the equivalent of two movie tickets and popcorn, or two pizzas. “All of these things don’t have nearly the same long-lasting benefits on our children, town and education system,” Bichalski added. 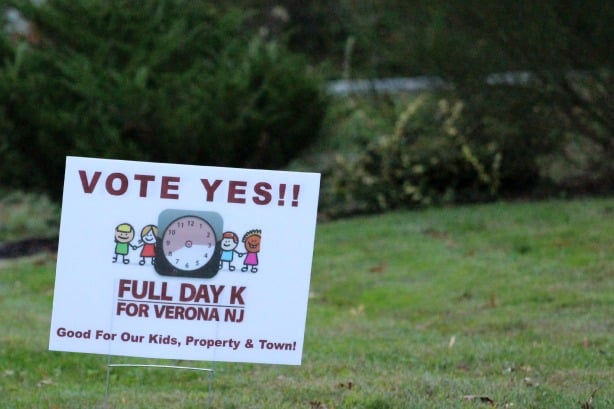 But the sparse audience at the BOE meeting seemed to contain as many doubters of the plan as supporters. Lisa Freschi noted that full-day kindergarten is not mandated by the state, and that there are many private full-day programs available to Verona parents, like that at Our Lady of the Lake school. Michele Bernardino, who noted that she was not speaking as someone for or against the plan, worried about the impact of the added cost on SCA fundraising. “It’s $25 for year one, but it’s only going to go up.” And Liz Facey, who had listened to the BOE’s reports that evening on rising legal costs and buildings and grounds repairs, said she thought any extra spending should go elsewhere. “Money should be spent at the high school,” she said. “There are so many other ways that money can be spent.”

Verona Superintendent Steven A. Forte said that, if implemented, the full day kindergarten would begin in January 2013 using the current curriculum. He said the extra afternoon time would likely be used for so-called center time, which often feature hands-on work by students independently or in small groups. The kindergarten curriculum would be revamped for the 2013-2014 school year.