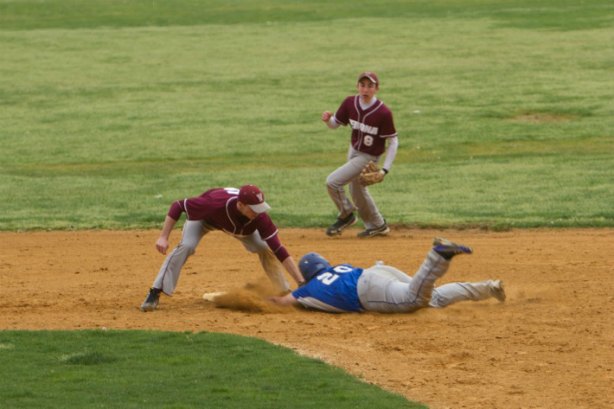 Kiernan (two triples in the game) opened the scoring for Verona in the bottom of the first with a triple to deep left field that scored junior Dean DeNicola, who had singled for the first hit of the game. Kiernan drove in two more runs with a triple in the third inning, and Rubins also drove in two runs with his pair of singles.

Verona improved to 7-3 on the season with the victory. Junior Jonathan Tosh allowed four hits and struck out six in the six-inning complete game.

Later on Tuesday, the seedings for the 80th Greater Newark Tournament were announced, and the Hillbillies were seeded No. 12 among the teams in the prestigious baseball tournament. Verona is scheduled to face No. 5 seed Nutley next week.

The Verona girl’s lacrosse team travelled down the Garden State Parkway Tuesday and returned home with their eighth win of the season over Cranford High School. A strong effort from the opening whistle put the Hillbillies up 12-5 at halftime before cruising to a 19-9 victory. Shannon Curran led Verona with five assists and two goals and Julieanne Mascera had three goals and three assists.  Lynn Keating also scored for the Hillbillies and  Melanie McClellan had 10 saves in goal.

The Hillbillies tennis team also picked up their eighth win of the season over Kinnelon as senior Matt Tuorto defeated David DeVriese 6-6, 6-2 in Singles 1. Alejandro Diaz won his Singles 2 match 6-3, 6-1 and Josh Solomon won his match, 4-6,6-4,6-2. The Hillbillies were swept in doubles play but were able to take the match 3 games to 2.

In Wednesday Hillbilly action the baseball team is at Glen Ridge HS. Boys lacrosse at New Providence Boys tennis at Rutherford HS and the track team is at West Essex HS.