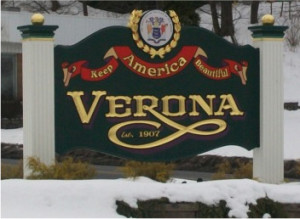 New Jersey Monthly magazine’s new “Best Places to Live” list is out, and while Verona is still in the top 10, it has slipped a few notches since the previous ranking in 2008.

Verona was one of only three Essex County towns to crack the top 10. It was ranked 9th on the current list, down from third on the previous ranking. Caldwell came in third on the new list and North Caldwell was number 10.

“Being in the top 10 out of 566 towns is pretty good, ” says Ken Schlager, New Jersey Monthly’s editor and a resident of Montclair, which ranked at 156 on the list. “Verona is one of only three towns that were in the top 10 two years ago that are still in the top 10 now.”

The bi-annual list is compiled for New Jersey Monthly by Monmouth University’s Polling Institute, which examines all 566 municipalities in the state for population growth, changes in home values and median property taxes, and other factors, including how well our kids do on New Jersey’s fourth- and eighth-grade standardized tests. It does not factor in household income–traditionally one of Verona’s strengths.

The multiplicity of ranking criteria and the large number of towns surveyed mean that small things can have a large impact on the final list. Bedminster rose to No. 1 on the new list from 106 two years ago largely because its median property tax bill fell 3% (Verona’s rose 9.1%). Helping Verona to stay high in the rankings: a 7.7% drop in population since the 2000 Census, and our proximity to a large number of hospitals. It should also be noted that Verona was the second-largest town to make the top 10; it can be harder, in a large town, to effectively manage all the factors that go into the rankings. Cedar Grove, with a population of 12,645, is in 47th place, while West Orange, with a population of 42,617, was ranked 250th.