Volleyball Gets A Sectional Three-Peat

For the third year in a row (and the sixth time in the last seven years), Verona High School volleyball has won the North 2 Group 1 Sectional Championship.

Verona drew on the energy of a packed home gym to quickly, and decisively, dispatch Rutherford High School, the bracket’s #2 seed, by scores of 25-6 and 25-13. 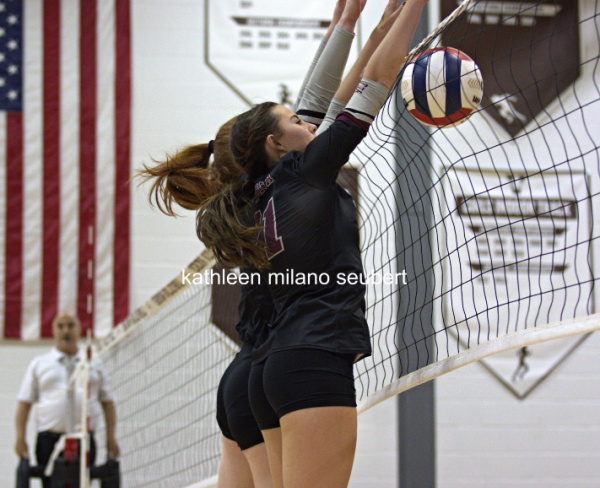 The team’s seniors, who earned their first Sectional win in game pushed to April 2021 by the COVID pandemic, set the tone for Monday’s stellar performance. Patricia Rakova had nine kills on the evening, raising her season total to 273 and her career total to 767. Sydney Aiello, who has been steadily building her kill record, was close behind with eight. In addition to Rakova and Aiello, the team’s senior roster includes Samantha Davis, Mackenzie Garmont, Nicole Hagaman, Jackie Lawless, Nandi Webb and Fernanda Webster. Hagaman is the squad leader in digs, and she gave Verona several critical bumps on Monday. 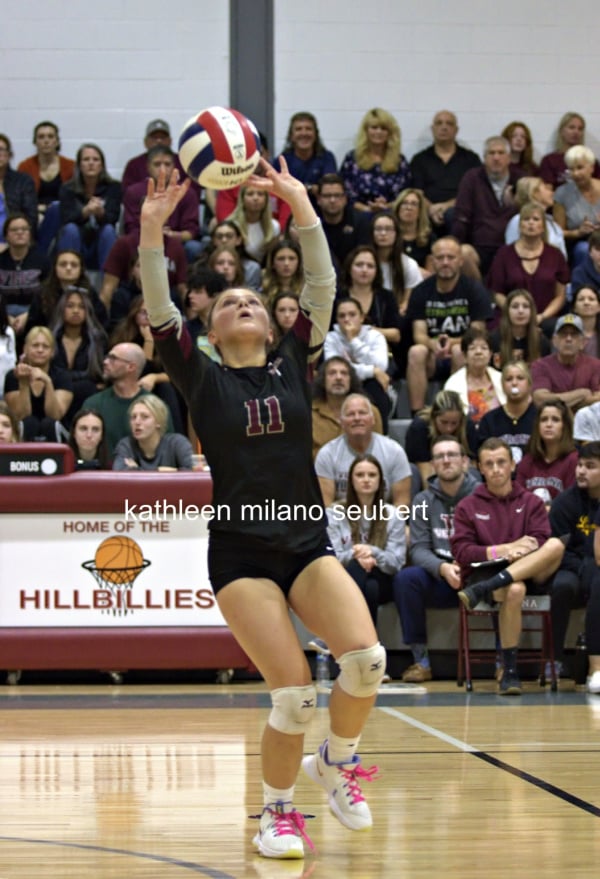 And, as in every volleyball title match, there are shades of victories to come. Junior Marley Kramer had 21 assists on Monday night, putting her career total at a staggering 537 already. Katie Meehan, Kendra Santos, and Emily Theobald round out the junior class talent on the team, with Santos and Theobald getting six kills in the win.

Verona’s opponent in the Group championship will be longtime rival Bogota. The game will be played Thursday, in Bogota, at 6 p.m. 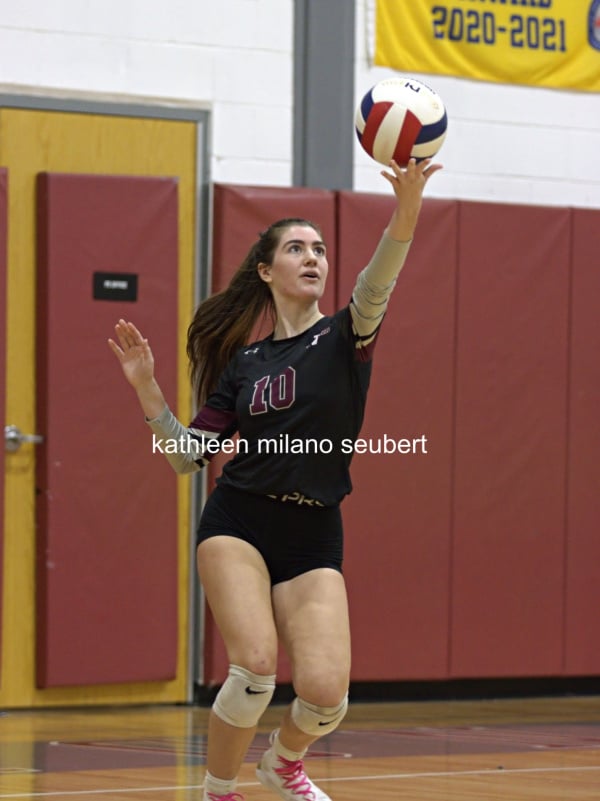