Verona football took on Mountain Lakes on Friday, and there was plenty of action on both sides. Before the game, Verona and Mountain Lakes moms joined their sons to stand for Breast Cancer patients and survivors. Upon the completion of the national anthem, the game kicked off–with big changes to Verona’s starting lineup. 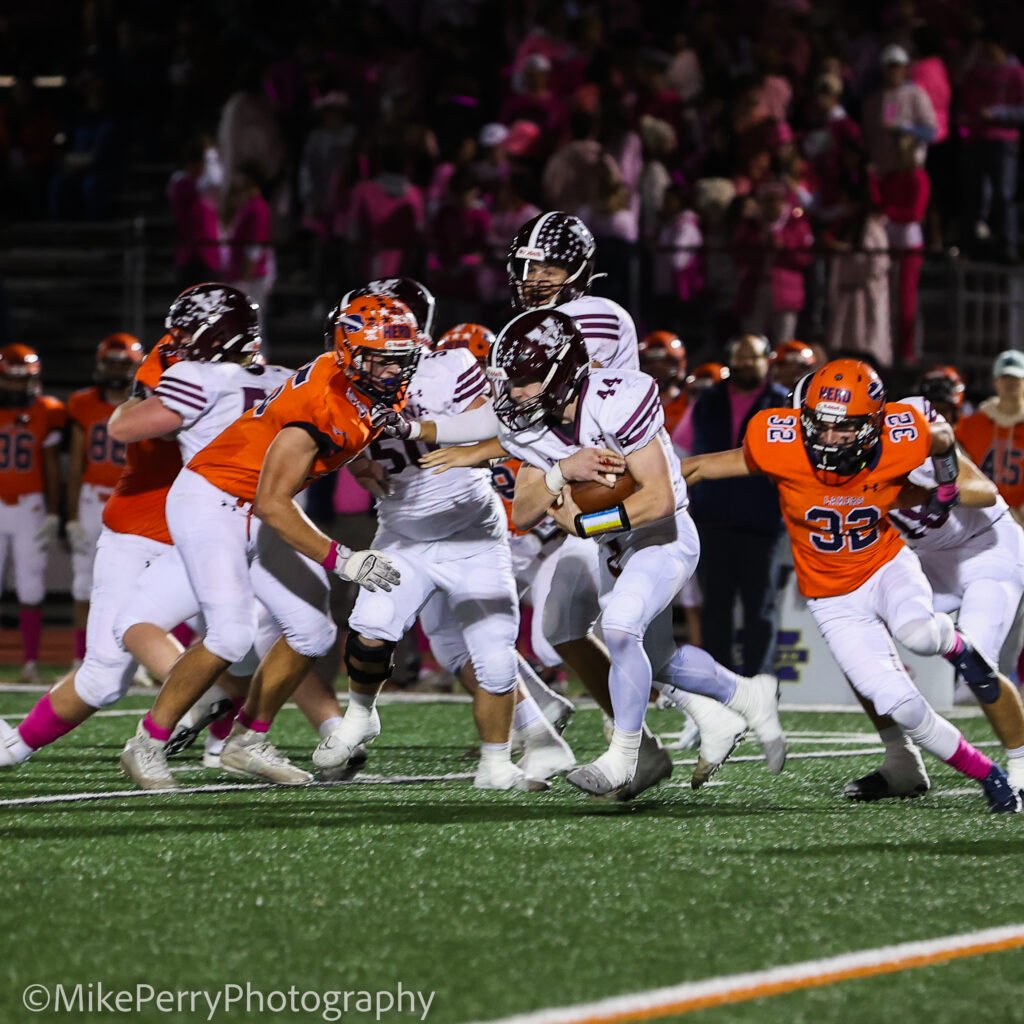 Verona won the coin toss and took possession of the ball. Rushes from Maisano and Rodgriguez brought the drive to the Mountain Lakes 30-yard line, but Verona could not convert on 4th, and Mountain Lakes’ offense took the field. After a long drive marred by penalties and plenty of tackles, a few Lakers runs secured a touchdown for the home team. The next Verona drive, although initially promising, was shut down, and Verona was forced to punt.

At the beginning of the second quarter, Mountain Lakes drive was stopped by a sack from #42 Marc Nigro (running back, defensive end). With Verona on offense, tackle after tackle ensued in the backfield. After a rush from Rodriguez was shot down, #2 Kieran Patel (kicker, punter) punted the ball all the way to the three-yard line. However, Mountain Lakes rushed exceptionally well, forcing Rodriguez to make three tackles in a row as a safety. After a 25-yard rush, Mountain Lakes rushed it in for a touchdown. 14-0. After a back and forth between Verona and Mountain Lakes, it was time for halftime.

At the start of the third quarter, Mountain lakes took the ball. Backfield tackles by Stockleberg and Boyle slowed the drive to a crawl. However, a 20-yard rush from Mountain Lakes finally broke the deadlock. With a score of 21-0, Verona’s offense was stopped by blitzes from six linemen and linebackers. Here, tackles and coverage from #3 Gianluca Checchetto (wide receiver, cornerback) almost forced a Mountain Lakes punt, but Mountain Lakes scored with a tip-toe rush along the sideline.

Two minutes remained in the 3rd quarter, Verona down by 28 points. Verona’s offense knew it needed to punch back, and that is exactly what it did. A 10-yard pass to AJ Nigro got a first down. Then, a 30-yard jumping catch from Garmont moved the ball to the red zone. After a few backfield tackles by Mountain Lakes, a 25-yard Rodriguez-Garmont connection finally put points on the board for Verona. The following Mountain Lakes drive was long and arduous, and Verona finally got the ball back. Passes to Marc Nigro and Garmont looked hopeful, but Mountain Lakes intercepted and capped off the game by kneeling the ball. 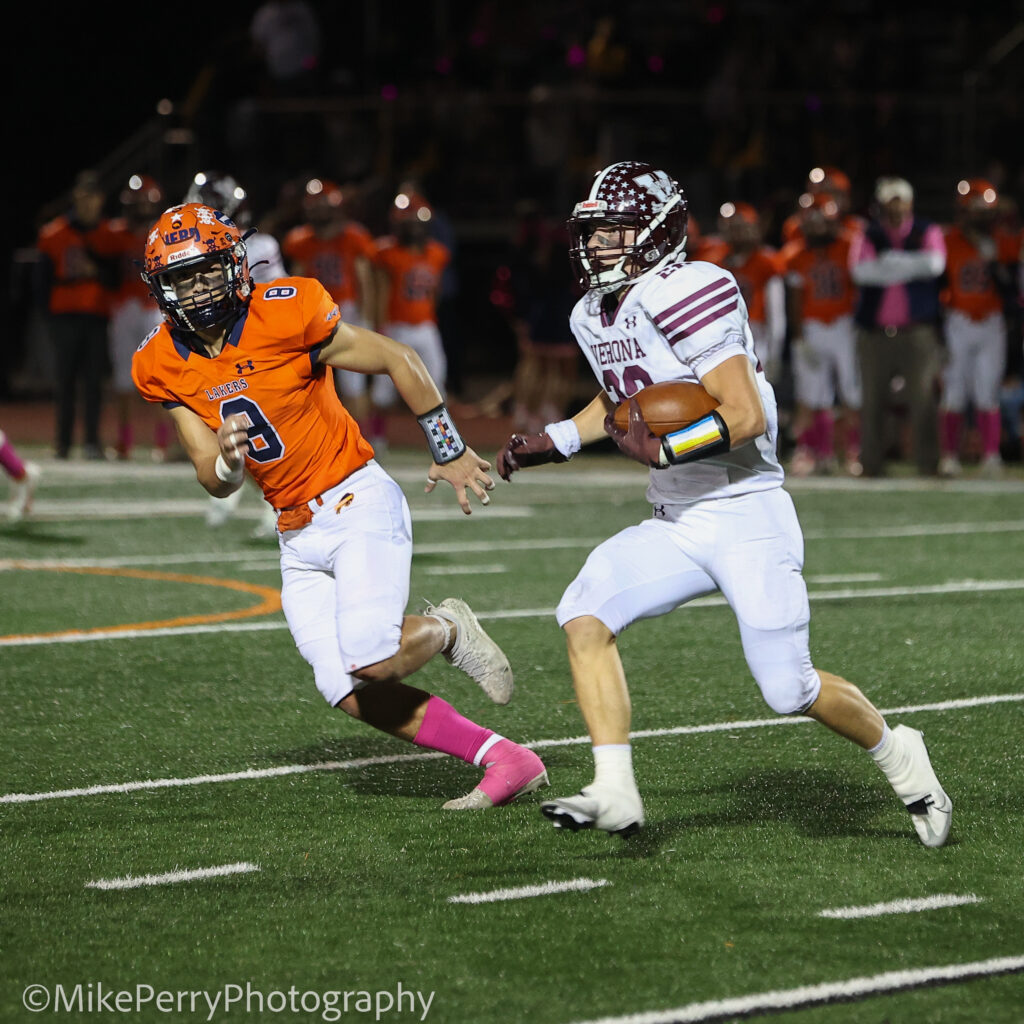 Freshman #6 Jayden Nigro (cornerback) was instrumental in shutting down the pass, leading to that not being a possibility for the Mountain Lakes offense. “I believe our team gave all we had,” he said after the game. “There were many injured kids on the team, but we fought through it. Many players ended up at positions they hadn’t expected to be at but still played their hearts out. We have one tough team that will always have each other’s backs. Family!”

In this statement, Jayden Nigro shows how traditional Verona qualities of perseverance, adaptability, and loyalty are still very much ingrained in the team’s culture.

Verona will play fellow Group I opponent Cedar Grove on October 7 at 7 p.m. in Cedar Grove. 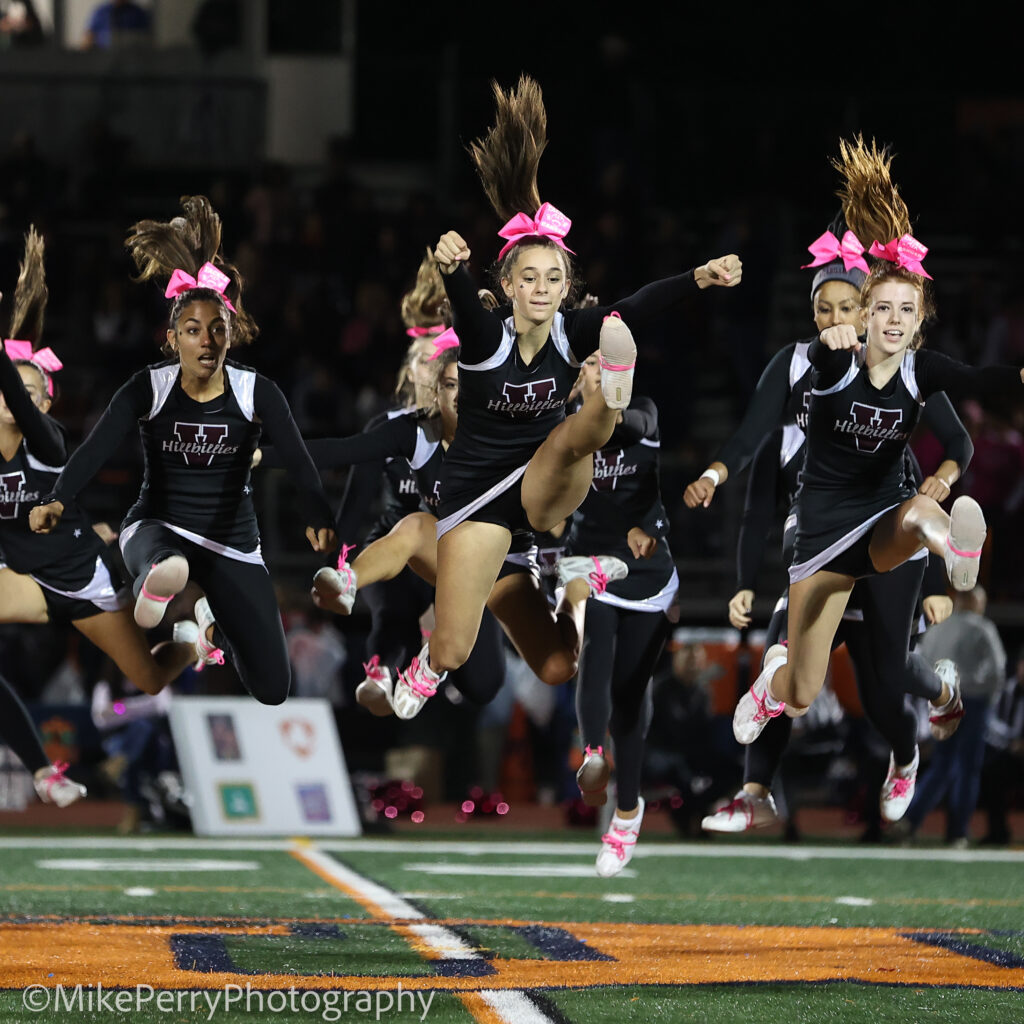