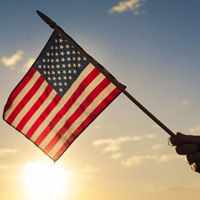 Howard V. Sisler, 84, entered into eternal life on Wednesday, January 26, 2022 at Foothill Acres Nursing and Rehabilitation Center in Hillsborough, N.J. Born in New York, N.Y., son of the late William and Anna (nee Powers) Sisler, he lived in Verona for 19 years before moving to Three Bridges in 1996.

Howard faithfully served his country with the United States Marine Corps as a private first class from 1956 to 1958. He was a dedicated employee of the United States Postal Service in Irvington, N.J. as a mail carrier. He loved sports, particularly football and basketball. He enjoyed spending time with family, especially his grandchildren. Howard was a friend of Bill W. and had celebrated 32 years of sobriety.

Besides his parents, Howard was predeceased by his son, Michael, and brother, Clifford Sisler.

He is survived by his loving wife of 54 years, Maureen (nee Barrett) Sisler; dear daughter, Nancy LaVecchia and her fiancé, Marc Centanni of Three Bridges. He will be deeply missed by two cherished grandchildren, Angela LaVecchia and Anthony LaVecchia, and many nieces and nephews.

Memorial contributions may be made in Howard’s name to the Market Street Mission, PO Box 1937, Morristown, NJ 07960 or www.MarketStreet.org/Donate. To send condolences to the family or light a candle, please visit www.CountrysideFuneralHome.com.