Priscoe Re-Elected, Wacha To Join Board 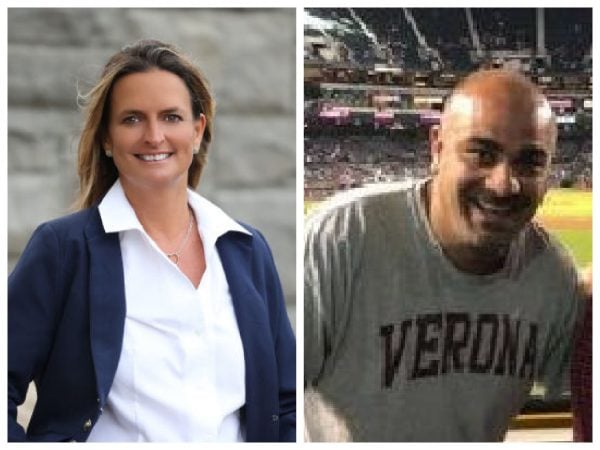 Pam Priscoe has won a second term on the Verona Board of Education and Chris Wacha will be joining the BOE. Unofficial results from the Essex County Clerk this morning indicate that Priscoe received 3,171 votes (41.4%), to 2,598 for Wacha (33.9%) and 1,890 for Mueller (24.7%).  Priscoe’s total was somewhat below her tally in the 2018 BOE election, which she won with 3,749 votes.  The tally presented on the County Clerk’s website includes mail-in ballots and early voting, which was new to New Jersey this year. It can take up to two weeks for the Clerk to have official, certified results.

“Verona voters have spoken decisively,” Priscoe said Wednesday morning. “From the bottom of my heart, I thank you all for your confidence in me. For those who were on the fence about casting their vote for me, please know that I will work for our kids, every single day. This was always about them.”

“Thank you to my family for supporting my journey, my friends and supporters, you know who you are,” she added. “Chris Wacha, I look forward to working with you, welcome to the Board. Ron Mueller, thank you for being a part of this journey.” UPDATE: Wacha and Mueller posted to their campaign Facebook page this afternoon. You can read the statements in full below.

A problem with the voting tally in District 6, which votes at Forest Avenue elementary school, delayed ballot counting on Tuesday evening. On Wednesday morning, results showed that Priscoe finished first in every district except District 2, where Wacha claimed 37.5% of the ballots, compared to 34.2% for Priscoe. District 2 votes at Brookdale. Mueller, who has been the president of the Brookdale SCA, got 28.3% of the District 2 vote.

In other races, Verona voters seem to have slightly favored Republican challenger Jack Ciattarelli over Gov. Phil Murphy, . (UPDATE: The election was called for Murphy late Wednesday afternoon. In the state Senate race for District 26, Verona went for the Republican incumbent, Joe Pennacchio, over Democratic challenger Christine Clarke. Pennacchio has been declared the winner in that race. In the state Assembly race, Verona also favored Republicans, voting for current Assemblyman Jay Webber and his running mate Christian Barranco over Democratic challengers Pamela Fadden and Melissa Brown Blaeuer. The Republicans currently lead in that race, but no winner has yet been declared. District 26 includes Verona and 11 other towns, most of which are in Morris and Sussex counties.

Verona voted against the ballot question on expanding sports betting to college sports events, but in favor of the so-called Bingo question, on whether organizations that run games of change should be allowed to use their proceeds to support themselves. The sports betting question failed statewide, but the Bingo question passed.