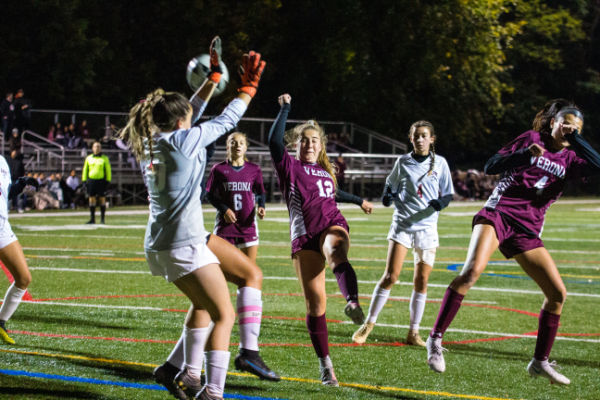 The Verona High School girls soccer team won their first-round game in the North Jersey, Section 2, Group 1 playoffs, defeating Roselle Park 10-0 on Sellitto Field on Tuesday night. It was the team’s first state Sectional win in three years. Verona is the #8 seed in this year’s bracket, while Roselle Park is the #9 seed. 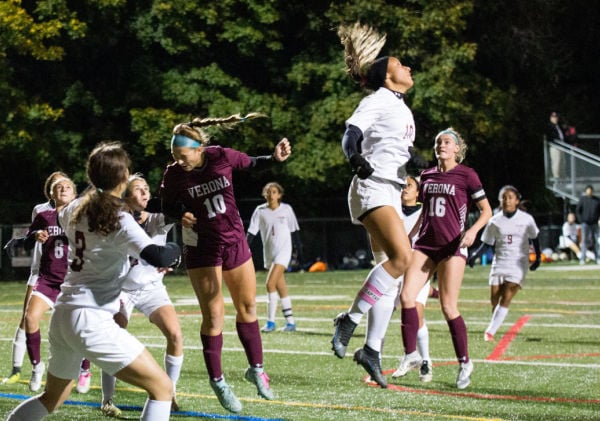 Senior Grace Madigan led Verona’s scoring with four goals and two assists, while Brooke Rienecker, a junior, had three goals and two assists. The VHS team netted eight goals before the first half of the game was over. An additional goal was struck by Senior Ella Mathewson, who also had an assist, and Junior Hannah Vargas and Freshman Alexa Polanco added a goal apiece. Senior Emma Hogan had two assists on the night, while Senior Emma Zalewski and Freshman Victoria Niziolek each garnered an assist. Senior Ella Moore anchored the defense while Amelia Koellhofer and Isabelle Malanga alternated in goal and had two saves apiece. 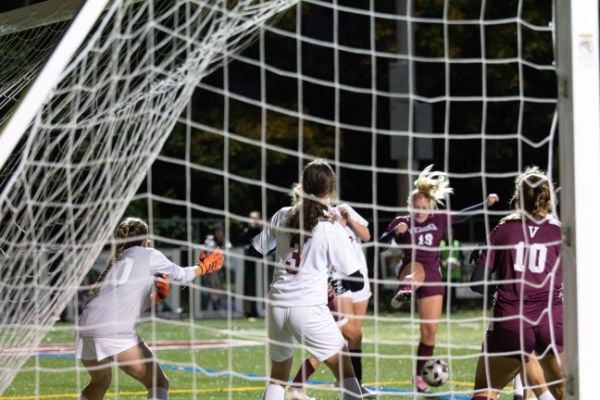 The quarterfinals will be on Friday, November 5, in New Providence, where Verona will face the #1 seed. New Providence, which has a 12-4-2 record to Verona’s 11-5, had a bye the first round. The time for Friday’s game has not yet been announced. 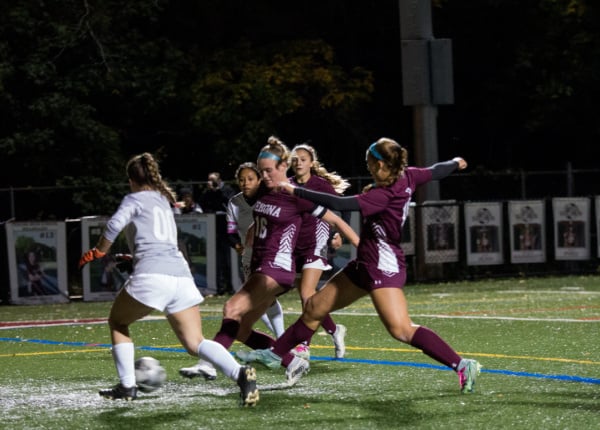