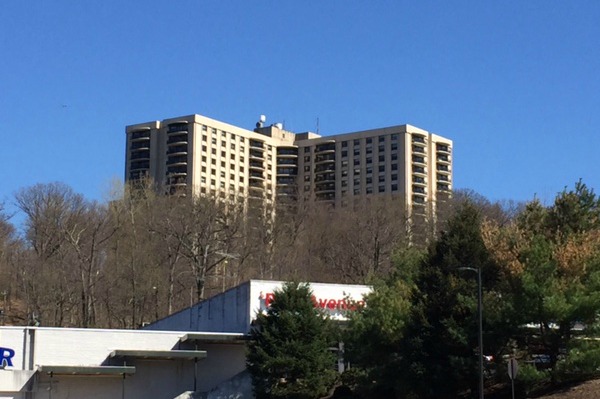 Since 1965, residents of the Claridge towers have voted at Laning Avenue school without incident. But on Tuesday afternoon, the County Board of Elections decided, over the objections of the Verona Town Council, that change was needed. Beginning with the June 7 New Jersey presidential primary, voters in Verona’s District 1 will have to go to a private building, Claridge II, instead of a public school to vote.

Nicholas Amato, the president of the board of Claridge II, had again petitioned the County Board to move the polling place. He previously tried before last year’s Town Council election: The Board of Elections approved the move and then rescinded that decision.

In 2015, Amato’s plan was to create a polling place only for Claridge residents, re-routing the rest of District 1 voters into District 10. Under the new plan, all District 1 residents will vote at Claridge II, even if they do not live there.

Mayor Kevin Ryan had objected strongly to the change of venue at Monday night’s Town Council meeting, introducing a resolution drafted by the town manager and town attorney from the floor, which is an acceptable parliamentary procedure in a municipal government. He noted that Town Manager Matthew Cavallo and Police Chief Mitchell Stern visited the towers after becoming aware of the proposed change in early April and found that there is no handicap parking in its visitor lot and that there is a steep upgrade to the building entrance, among other problems. Laning has a a handicap accessible ramp to its gym, where voting is held.

Ryan went to the Board of Elections meeting on Tuesday to reiterate those concerns, and to question the process for changing a polling venue, which asks local political party representatives for input instead of municipal officials. “Why do the two political parties, who are not elected officials, have more standing than a municipal body,” Ryan asked in an interview after the vote.

The Board of Election noted at the meeting that Councilman Bob Manley, who had voted in favor of Mayor Ryan’s resolution at the Town Council meeting, later contacted the Board to express his support for the change of polling place instead. Interviewed today, Manley contended that he had been “blindsided” by the resolution and decided, after gathering more information on Tuesday that “a good amount” of what was stated in the resolution was not true. “If that many people live up there, we should change the polling place,” Manley said, asserting that traffic around Laning Avenue School is heavy on election day because two districts are voting there. Two districts voted at all of Verona’s public schools except one prior to Tuesday’s change.

Manley also said that he thought the Council resolution was “politically motivated”. Before last year’s Council election, the Claridge II board sent a letter on board stationery taking issue with a letter of support that Ryan had written for Councilman Michael Nochimson and then candidate Alex Roman. The Claridge letter also endorsed Frank Sapienza and Rich Williamson. The latter two men won District 1 but lost the larger election. (Ryan provided a copy of the letter to the Board of Elections.)

Amato’s request was ostensibly made to encourage higher turnout by Claridge voters, but District 1 turnout varies by election. In the May 2015 Town Council election, just 219 of District 1’s 1,029 registered voters voted, the second lowest percentage of any district in Verona. But in the 2014 Senate election, turnout in District 1 was 32.56% of 1,029 registered voters, above the 28.02% average for Essex County. Few District 1 voters have availed themselves of mail-in ballots, even though New Jersey now allows any voter to vote by mail in any election.