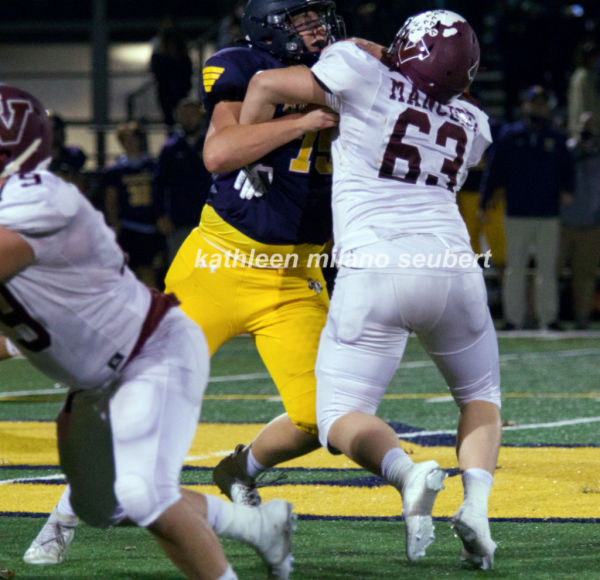 It was Verona’s game–until it wasn’t.

The Verona High School football team traveled to Ramsey on Friday night and, with less than four minutes to play, Verona led 27-21 and seemed poised to score again. Then the Rams forced a fumble from the usually sure hands of Cael Zebrowski, turned it into a touchdown of their own–and the extra point. 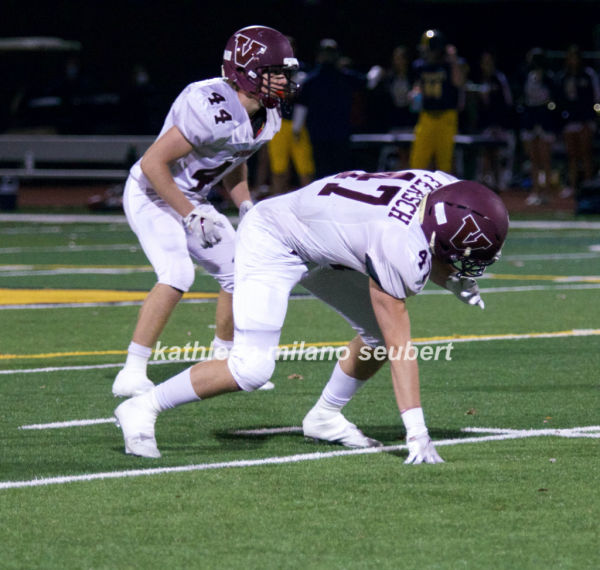 At the next kickoff, there was about a second left on the clock. Not enough for anything, or so it seemed. But Verona fumbled the recovery in the end zone, Ramsey fell on the ball and secured a 34-27 win.

Frank Riggio had two of Verona’s four touchdowns, and Zach Bucher and Steven Petro each had one. The loss drops Verona’s record to 4-2. Verona’s next game will be an unusual Thursday night contest, when it hosts Hoboken on Sellitto Field. 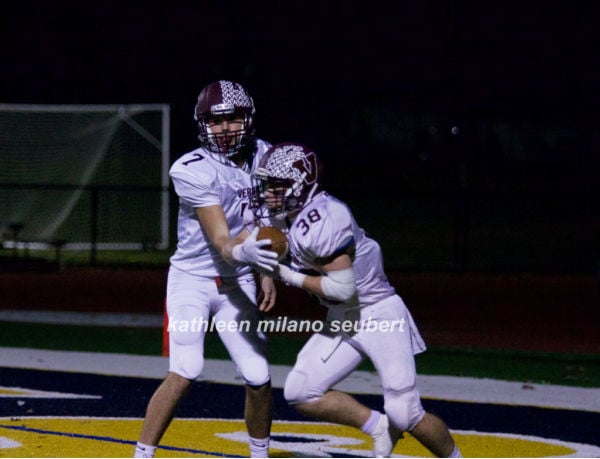