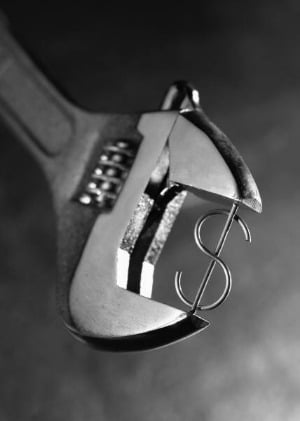 New Jersey’s credit rating has taken a significant hit from a major Wall Street rating agency as the state is preparing to borrow more than $4 billion to sustain the budget during the coronavirus pandemic.

While credit-rating downgrades can be politically embarrassing for a sitting governor, they can also lead to higher borrowing costs that ultimately are passed along to taxpayers whenever the state has to issue long-term bonds, as it is preparing to do later this month.

First time state in ‘BBB+’ territory with S&P
Treasury records indicate Friday’s S&P downgrade is the first time ever the state’s debt rating has fallen into “BBB+” territory with that firm.

“The downgrade reflects our view that New Jersey will continue to have a significant structural deficit that will be difficult to close in the coming years because of decreased revenues as a result of the COVID-19 pandemic, combined with high and increasing debt, pension, and other postemployment benefit liabilities,” S&P Global Ratings analyst David Hitchcock said.

State Treasurer Elizabeth Maher Muoio defended the Murphy administration in a statement issued in response to the rating actions, saying it has intentionally sought to “avoid the type of draconian cuts made during the Great Recession, which stymied our economic recovery and led to New Jersey being one of the last states to emerge from the recession.”

“We believe we have taken the steps necessary to position New Jersey on a path to resume this responsible approach and emerge from this recession stronger than before.”

Effects of the pandemic
New Jersey has been hit hard by the pandemic, with more than 245,000 reported COVID-19 infections statewide as of this week, resulting in more than 16,000 deaths. The health crisis triggered an economic downturn that resulted in a surge in unemployment filings. The economic turbulence has also cut significantly into the state’s revenue stream.

The New Jersey Constitution generally prohibits using borrowed money to fund deficit spending, but it allows for exceptions such as responding to war or a major emergency.

Lawmakers approved up to $9.9 billion in emergency general-obligation borrowing that sidestepped the need for voter approval in mid-July. A legal challenge by the state Republican Party and several GOP lawmakers was denied weeks later by the state Supreme Court.

Murphy enacted a new state budget in late September that relied on $4.5 billion in funds to be generated from new borrowing to help offset the projected revenue losses and sustain a year-over-year spending increase.

Murphy and the Democrats who control the Legislature also agreed to hike taxes, including raising the personal income-tax rate on earnings between $1 million and $5 million, and maintaining a surcharge on the income of top-earnings businesses that was supposed to be only temporary.

Revenue losses less than expected?
The latest tax-collection reports from Treasury have offered signs that the state’s revenue losses may not be as severe as once forecast. A revenue certification issued by Murphy on Friday as a precursor to the emergency borrowing indicated the current shortfall projected by his administration is $4.2 billion, marking a slight improvement since September.

The emergency borrowing law enacted by Murphy and the Legislature earlier this year allowed for up to $2.7 billion in new debt to be issued through the end of September, and another $7.2 billion to be issued between Oct. 1 and June 30, 2021.

The court’s unanimous decision upholding the borrowing law said the emergency exception in the state Constitution is not unlimited, and that the Murphy administration has to clearly define in formal certifications the budget hole created by the health crisis before issuing any debt as part of its response.

The Fitch analysis of the upcoming bond sale indicated the Murphy administration is planning to issue the emergency debt later this month in a negotiated sale, and that a portion of the bonds will be federally taxable.

In her statement issued Friday, Muoio pointed to progress the administration had been making to address some of the long-standing fiscal problems that New Jersey has become known for in recent years, including a significant debt burden and one of the nation’s worst-funded state pension systems.

“It’s important to remember that the state’s high fixed costs are largely a result of legacy initiatives inherited after decades of mismanagement,” Muoio stated.