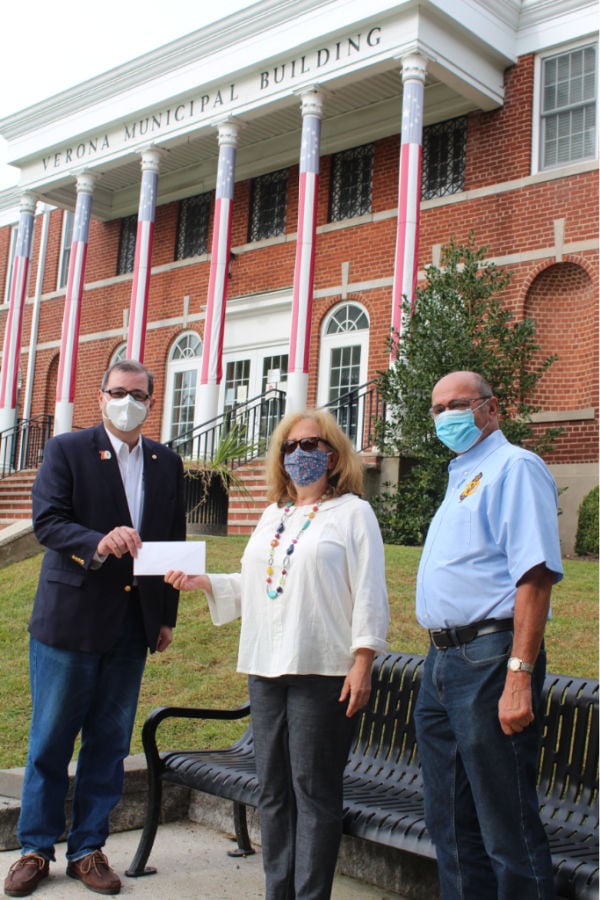 The Verona Lions Club recently presented a $1,200 donation to the American Foundation for Suicide Prevention (AFSP) to support AFSP’s annual fundraiser here. Lions President Hector Gonzalez and Secretary Myron Spector presented the donation to Virginia Citrano, one of the organizers of the AFSP walks that have been held in Verona Park since October 2017. Citrano lost her younger son to suicide in 2016. Another young Verona resident, Daniel Cooney, died by suicide in 2017. The Lions Club has been a consistent supporter of the AFSP walk and this year increased its contribution.

The AFSP walk cannot be held as a local in-person event this year because of the COVID-19 pandemic. Instead, there will be a virtual, statewide New Jersey Out of the Darkness Experience on Sunday, November 1. The Verona team, which has raised more than $300,000 for suicide research and prevention over the last three years, has set a goal of raising $120,000 this year.

You can learn more about the walk, and AFSP’s work, through the walk’s website.

The Verona Lions Club is a service organization dedicated to the health and well-being of Verona residents. It provides hearing and eyesight testing, and collects eyeglasses to be refurbished and redistributed to those who can’t afford new glasses. The Lions Club also lends medical supplies such as wheel chairs, hospital beds, canes, and crutches to Verona residents for free. The Verona Lions delivers the equipment to the resident’s home and will set it up.