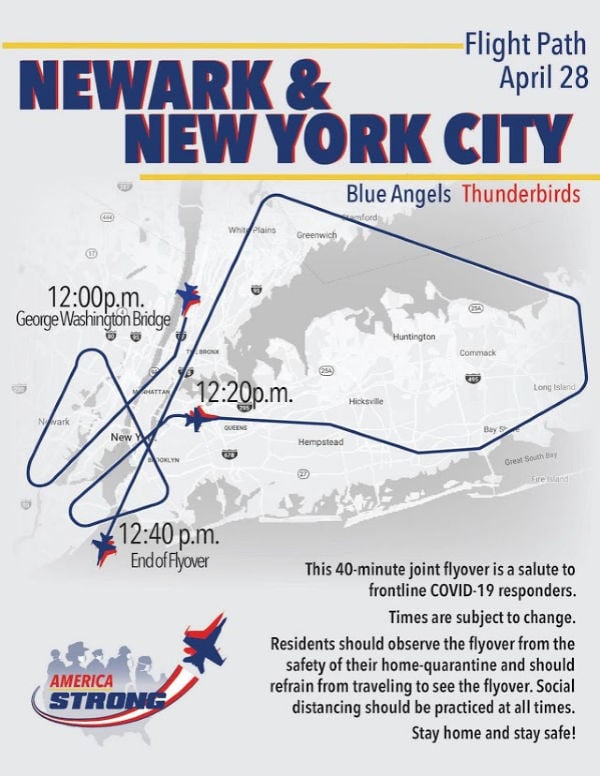 The U.S. Navy Blue Angels and Air Force Thunderbirds will hold a join flyover over New Jersey and New York City on Tuesday to salute people on the front line of the fight against the novel coronavirus COVID-19.

The flight that will most likely be visible from Verona will start around noon at the George Washington Bridge. The planes will then fly south along the Hudson River and over Bergen, Hudson, Union and Essex counties before turning east toward New York City. The flyover is expected to end at 12:40 p.m. near the Verrazano-Narrows Bridge.

New Jersey’s social distancing rules are still in place, however, so organizers are asking that people refrain from traveling to see the flyover.

Gov. Phil Murphy said yesterday that New Jersey has recorded a total of 111,188 COVID-19 cases, and that the state has lost more residents to the virus that to World War I, the Korean War and Vietnam combined. While most northern New Jersey counties have slowed the rate of cases doubling to every 14 days, southern counties are still seeing a doubling of cases every seven days.