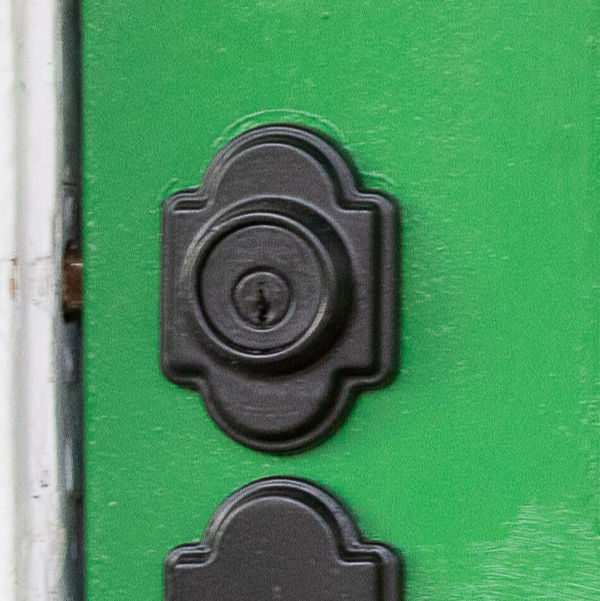 One of the first events held at the Richfield Regency was a 1965 tribute to Jed Graef, a Verona swimmer who won a gold medal in backstroke the 1964 Tokyo Olympics. Since then it is fair to estimate that hundreds of Veronans have passed through the Richfield’s glass doors, including Michael Schumell. He won the  April 27 edition of “Doors Of Verona” by being the first of three people who guessed the Richfield, and for his guess won a $25 gift certificate to The Guac Spot. If you haven’t eaten there yet (it’s open for curbside pickup and delivery), The Guac Spot serves up some delicious twists on tacos, quesadillas and burritos like candied apple pork, bourbon chicken and sweet potato chickpea.

Fred Goode’s “Doors Of Verona” photo for April 28 is above. Your guesses go below in the Comments box, and if you’ve won already you can’t win again. Today’s winner will get a gift certificate to Hillcrest Farms, which carries plenty of flowers to brighten your patio or front walk. MyVeronaNJ.com is spending $1,000 to buy gift certificates from Verona businesses to give away to our contest winners.