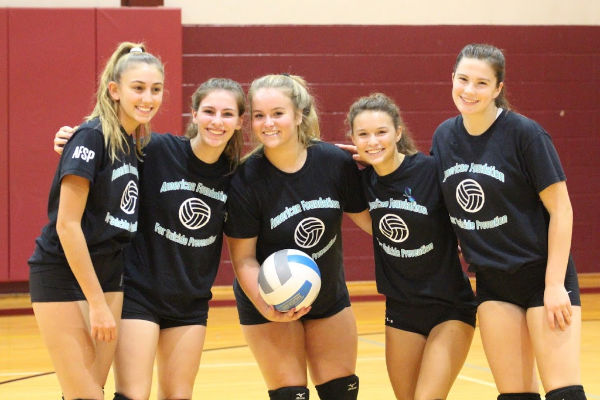 The Verona High School volleyball team improved its record to 11-3 yesterday with a 25-18, 25-18 win over Montville. But the team also improved its community outreach by playing the game for suicide awareness and prevention. During warm-ups, the team wore special shirts dedicated to both the mission of the American Foundation for Suicide Prevention (AFSP) and to “DC20”, a reference to Dan Cooney, the brother of former VHS volleyball player Brooke Cooney. The team also held a bake sale that raised more than $400 for the AFSP walk in Verona Park on October 20. 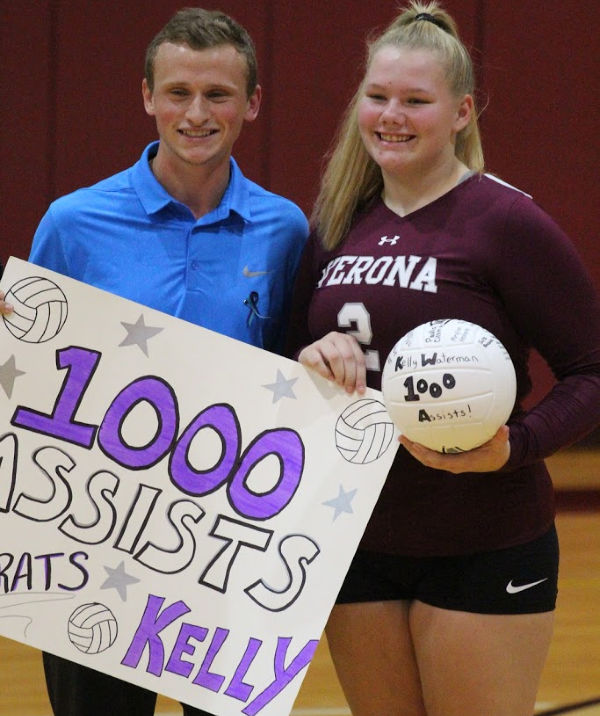 The game was also a celebration for senior Kelly Waterman, who has achieved 1,000 career assists. Waterman, whose older sister Carly achieved 1,000 kills in her VHS volleyball career, added 15 more assists to her total in yesterday’s game, as well as 14 service points. 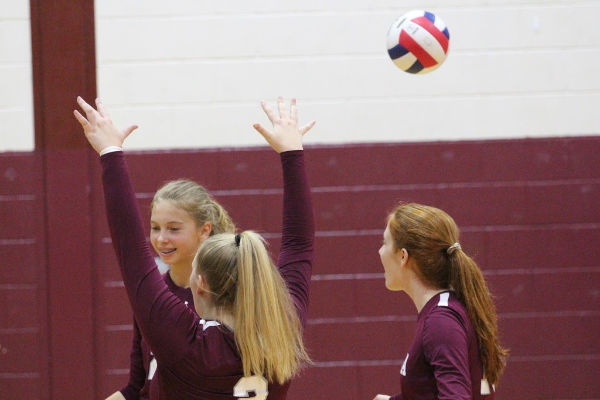 Verona, which has a very young team this season, dominated both sets of yesterday’s game. There are only three seniors on this year’s squad, which is under new coach Ryan Brown. Ashley Duhaney, a sophomore, led Verona in kills as she alternated between over-the-net slams and deceptively subtle taps. Jessie Loudon, a junior in the libero position, led Verona in digs.

The Lady Hillbillies have a break until next Tuesday, when they travel to Montclair for a 4 p.m. start. 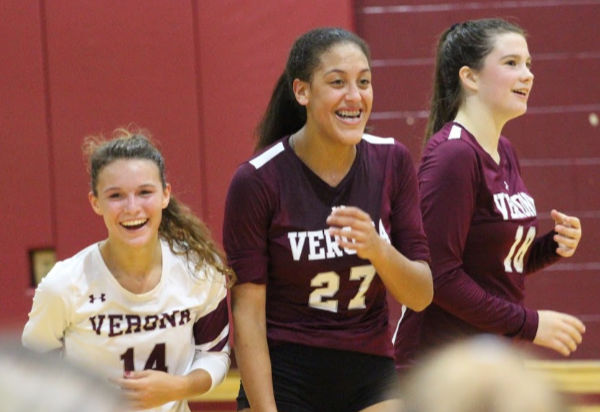