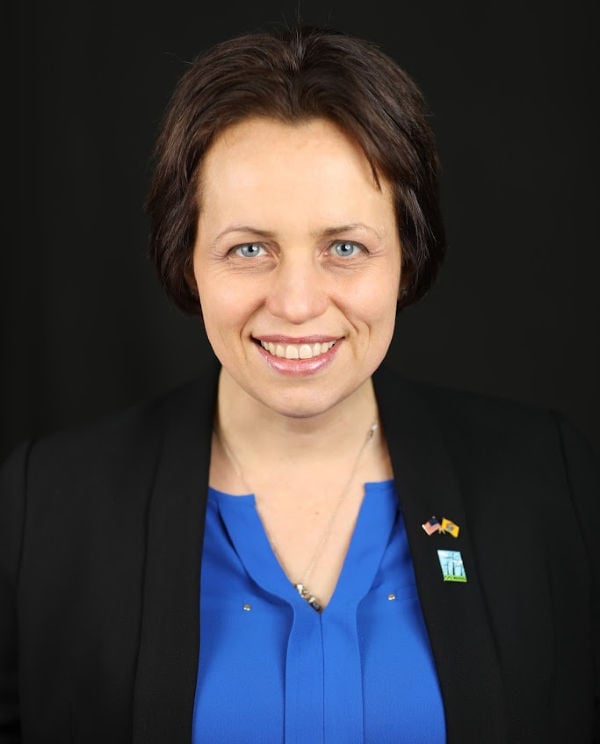 Christine Clarke, an environmental advocate, grassroots organizer, volunteer and homeschooling mother of four, has declared her candidacy for state Assembly in the 26th Legislative District race, the district that includes Verona.  She is running to address climate change, tax relief and public health with a focus on renewable energy jobs.

Clarke, the chairwoman of the Jefferson Township Democratic Committee, is the second Democrat to enter the race. Verona resident Laura Fortgang kicked off her campaign last month.

The two state Assembly seats for the 26th district are currently held by Republicans Jay Webber and BettyLou DeCroce. Webber, who ran unsuccessfully for Congress last year, is now seeking re-election to the Assembly seat, which he first won in 2007. DeCroce, who was first appointed to the Assembly in 2012 after the death of her husband, Assemblyman Alex DeCroce, is also running again. The filing deadline for all candidates is Monday, April 1. The primary will be Tuesday, June 4, and the general election is Tuesday, November 5.

In addition to her work on the Jefferson Township Democratic Committee, Clarke is a steering committee member of the Jersey Renews coalition and the NJ March for Science, the former Environmental Director at Action Together New Jersey and was an early organizer with NJ 11th For Change.

“Christine has been a relentless advocate for the environmental health of New Jersey. She understands the risks our state faces if we do not rise to meet the challenge that climate change presents, and she understands the opportunities for a healthier, cleaner, and more productive New Jersey if we choose to invest now in a sustainable future,” said Matt Buckley, founder of the NJ March For Science.

Clarke started the ATNJ Environment team and created Action Together’s #ClimateVoter video series, hosting Facebook Live broadcasts with members of Congress to talk about climate change and environmental policy, as well as free public educational forums on renewable energy and conservation. She has focused on accelerating the transition to renewable energy not only as a means of addressing climate change and reducing the state’s emissions, but as a way to protect public health while creating jobs and generating taxable revenue.

The Clarke For Assembly campaign is hosting a launch event on March 2 in Parsippany at The Mule Tavern from 5 to 7 p.m. and a volunteer kick-off event March 9.