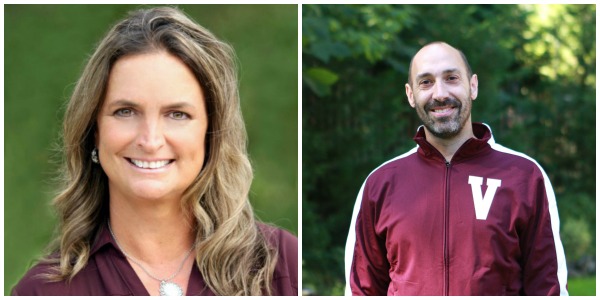 It has taken two full weeks, but Essex County has finally certified the results of the November 6 elections and the totals confirm that Pamela J. Priscoe and Timothy Alworth have won seats on the Verona Board of Education. The pair defeated incumbent John Quattrocchi and fellow challenger David Rullo.

The large number of mail-in and provisional ballots, as well as early voting, added to the vote counts for each of the candidates.

“I’m do grateful to the Verona residents for this opportunity to serve on the Board of Education,” Priscoe said. “The support that I have received from our community means everything to me. I promise to work diligently and to the best of my ability to achieve positive results for our students, their families, the staff and residents of this great town.”

“I congratulate Tim Alworth on being elected, and look forward to working with him and the rest of the Board members,” Priscoe added. “There is much to be accomplished. I would like to thank John Quattrocchi for his many years of service to the District.”

“Thank you Verona for all of your support,” Alworth said. “I’m so thankful to have had the opportunity to meet so many people in our community. I look forward to dedicating my time to the Verona school system. Thank you to everyone who supported me throughout the campaign. I’m looking forward to a truly rewarding experience serving on the Board of Education. Congratulations to Pam and thank to John for many years of dedicated service to the school and to the town.”

Quattrocchi, who was seeking his sixth term on the BOE, was sanguine about his defeat. “It’s been a terrific experience, working with some of the most incredibly dedicated people one can imagine in and around our schools,” he said. “I’m proud of the work we’ve done and to have been a part of it. I’ll always support our schools and will continue to do that, of course. We will get Pam and Tim up to speed immediately and ensure a great transition. My best to Pam, Tim and the Board.”

District 10, the Laning district, had the largest turnout in the election, at 62.77%. District 1, which is the district that was created in April 2016 specifically for voters in the Claridge condominium towers, had the lowest turnout, at 50.17%. Proponents of turning the Claridge into its own voting district had argued that the move would increase voter participation.