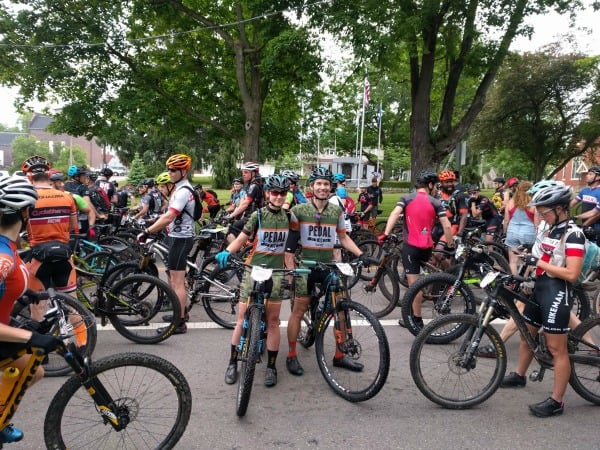 Nina Machnowski, a Verona High School sophomore, and her father Stephen both competed in the ultra-endurance Mohican 100 Mountain Bike Race in Loudonville, Ohio on June 2. The Machnowskis (center above) race for Team Pedal Montclair.

Stephen Machnowski, who volunteers as one of the head coaches of the Essex Offroad Mountain Bike Team, raced the 100 Mile Men’s Open, an event that had approximately 130 riders. He took 28th place, finishing the race in just over nine hours (9:03:58). The course is a mix of single-track, double-track and dirt roads, spanning four counties and climbing more than 11,000 feet through some of the most remote and scenic areas of Mohican Country.

“At the beginning of the race I was in a sea of about 600 other competitors in downtown Loudonville,” Nina Machnowski said afterwards. “Everywhere I looked it was just helmets going on and on into the horizon. My handlebars were barely an inch apart from the people lined up next to me. For safety, we had a ‘rolling start’. At 7 a.m., a police car lead us down the road for about a mile and we were not allowed to pass anybody until we crossed a bridge. Once we were all more spread out, the siren went off and the race officially began.”

“I was expecting the race to be a lot easier than last year because of my rigorous training and increased overall fitness,” Nina added. “It was a reality check: 66 miles of mountain biking is never for the faint of heart. Last year my goal was just to complete the race, but this time I pushed myself hard and when I got to the steep mile-long climbs and technical rooty switchbacks, I was motivated to power through and give it my all. I definitely felt the pressure of my competition, which consisted of about 54 other pro women from all over the country. It was a great experience. I can’t wait for the Wilderness 101K race in July!” 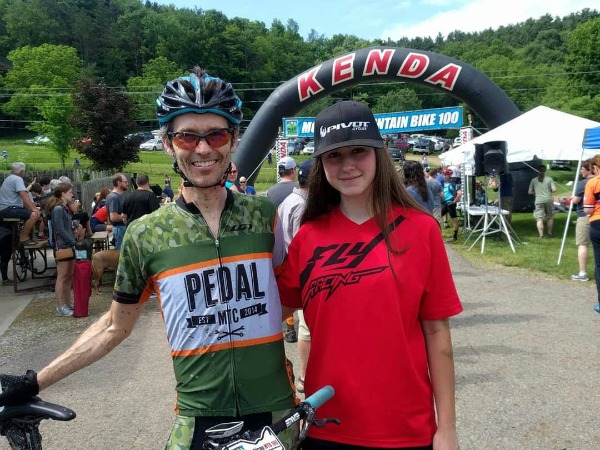