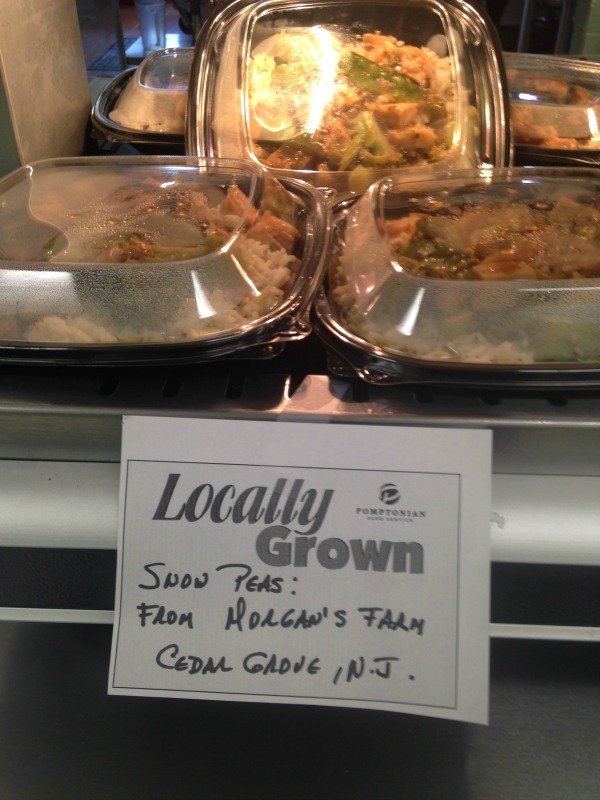 There was something extra on the menu today in the Verona High School cafeteria: Peas and kale grown just a mile down the road at Morgan’s Farm in Cedar Grove.

The farm-to-table lunch grew out of a casual conversation last year between Cheryl Nardino, the business administrator of Verona’s public schools, and Pomptonian Food Service, which runs the school lunch programs here. Nardino had been one of the early volunteers at Morgan’s Farm, which was revived by Verona residents John and Julie Ostering in 2013. The farm, which follows organic growing practices, recently opened for its sixth season with an area the size of a football field under cultivation.

Nothing happened last school year between Pomptonian and Morgan’s Farm but Lorraine Mott, Pomptonian’s operations manager, was recently reminded of the conversation and decided to take a closer look at the farm. “I stopped by the first Saturday,” Mott says, “and I thought why not, when we can, use some of the produce because it is so local.”

Today, it did. The kale in the kale Caesar salad came from Morgan’s Farm, as did the snow peas in the honey garlic chicken with snow peas. Pomptonian’s chef at VHS had stopped by the farm stand on Saturday and picked up some of the things that the farm had in abundance.

There many not be many more farm-to-cafeteria-table lunches at VHS this year because next week is the last week with cafeteria service. But Pomptonian has made a commitment to using fresh vegetables, especially local vegetables, in its menus and Mott is already thinking about the fall.

Previous article
Machnowskis Compete In Mohican 100
Next article
Verona Votes For Sherrill, Webber To Face Off In Congressional Race