Mosque To Open In Former Synagogue 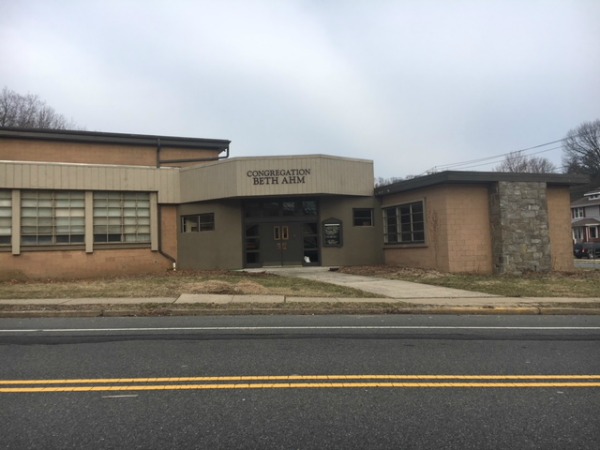 A doctor who has lived in Verona for 20 years intends to open an Islamic Center at the site of the former Congregation Beth Ahm synagogue at 56 Grove Avenue.

Dr. Montaser Awad built a career as a specialist in internal medicine and is now a professor at Rutgers New Jersey Medical School. But he believes it is also his duty to create a compelling place of worship for his fellow Muslims and to build bridges between Islam and the community he has come to love. “I am 63 years old,” Dr. Awad says. “I have a position and I have money. I have to spend the remainder of my life helping people.”

“There is too much misunderstanding of Islam here in America,” he adds. “I have to do something active to change this point of view. I have to give a good example to my community.” Dr. Awad had been looking for a location an Islamic Center for more than two years.

Dr. Awad is currently in contract on the property and hopes to open Ebadul Rahman Islamic Center in early May, in time for the start of the Muslim holy month of Ramadan. He has retained Hatem Farid, one of the most respected reciters in the Muslim religion and the leader of a mosque Alexandria, Egypt, to be the center’s religious leader, or imam. Dr. Awad is a native of Egypt and was a professor at the University of Alexandria before emigrating to the United States.

An Islamic Center, which may also be called a mosque, is a place of worship in the Islamic religion, as well as a place to meet and study. Muslims pray five times a day wherever they are, generally at home or at work, but they gather in a mosque early on Friday afternoons for a central service. At the Verona Islamic Center, that will be from 1:15 to 2:15 p.m. on Fridays. There will be no speakers outside the building to sound a call to worship, as is common on mosques in the Middle East. “I will never accept anything that is annoying to my neighbors,” says Dr. Awad. “Even the closest neighbor will not hear a whisper.”

The swift transition from synagogue to mosque is possible because the property is zoned for a house of worship. There will be no review from either the Planning Board or Board of Adjustment, and nothing put to the Town Council. In May 2017, the Council attempted to buy the synagogue property as a new home for the Verona Rescue Squad, but a petition drive by neighboring residents forced the Council to rescind that purchase. Congregation Beth Ahm then sold the property to John MacEvoy and Gregory Paglianite, business owners in Verona, and MacEvoy said last October that he was eyeing three options for the property: a house of worship, a daycare or affordable housing. (MacEvoy is unrelated to Jack McEvoy, the Town Council member.)

The former synagogue is a large building–10,000 square feet–but it had not had a large group of worshipers in many years. The site at the corner of Personnette Street includes a small meeting room that was the initial worship space for Verona’s Jewish community 80 years ago, a large hall that became its main worship space, and a small school. That classroom space could be used for Sunday school-style religious classes by the mosque under current zoning but if it were to open a full-fledged school–something that Dr. Awad does not now envision–that would have to have a full zoning review.

The prospect of a new, growing religious group at the site has raised concerns about parking, since there are only 11 parking spaces on the property itself. Dr. Awad is pledging to do everything he can to make the mosque work smoothly with the neighborhood and with Verona at large. He knows first-hand how difficult parking can be in Verona: He lives across from Verona Park, and sees how parking spots fill up on both side of Lakeside on sunny weekends, week days and during special events in the park.

(There is no parking requirement for an existing house of worship in Verona and authorities should be wary of imposing one: Last year, Bernards Township paid $3.25 million to settle a federal lawsuit that resulted from its efforts to block the construction of a mosque in part over purported parking issues. In January, Bayonne reached a $400,000 settlement with a Muslim group after residents attempted to block the conversion of a former industrial property into a mosque.)

To introduce his congregation to Verona–which hasn’t seen a new religious denomination in more than six decades–Dr. Awad intends to invite residents into the mosque as soon as he can. During Ramadan, Muslims fast from dawn to dusk and then break their fast with a buffet supper. “Everyone in the community will be welcome to come take food with us,” he says. “This is our model. At any event for Muslim people, we will try to share our happiness with other people.”

The Rev. Jerry Racioppi is the pastor of the Episcopal Church of the Holy Spirit, around the block from the Islamic Center. “Christianity, Judaism and Islam all have the story of Abraham and Sarah as key stories in who we are,” says Racioppi, who has not yet met Dr. Awad or Imam Farid. “We all have similar traditions, though we call them by different names.” Holy Spirit had an interfaith outreach program under its previous rector with the mosque in Paterson.

“One of the best things I learned in seminary is that if we only know about one religion we don’t know about religion,” he adds. “It was through learning about Hinduism that I learned more about Christianity. I look forward to getting to know the Islamic Center. “

Beyond worship and food, the Verona Islamic Center intends to contribute to the community in other ways, too. According to Dr. Awad, the Islamic religion obligates followers to donate 2.5% of their “treasure” every year, a concept of wealth that includes not only income, but also a person’s material goods. “I will use this money to help my community and my neighbors,” he says. “Any activities, any charities that Verona needs, I will be part of it.”

The Verona Police Department opened applications for new officers today. Candidates must already be certified by the New...