MacEvoy, who is also a partner in Ariane Kitchen & Bar, closed on the synagogue property last week. He said in an interview this afternoon that he has three potential uses for the property in mind. One would be to redevelop as a location for another house of worship. “Catholicism and Judaism are in decline,” he said, “but African and Middle Eastern religions are growing.”

Option two would be to reshape the building, which has classrooms and a large open space that the synagogue used for services and, in its early days, basketball and theater performances, as a daycare or school. MacEvoy noted that Verona parents have tried unsuccessfully in the past to get a full-day kindergarten in the public schools. Verona does, however, have private kindergarten options at Our Lady of the Lake School; Executive Kids, which operates out of Brookdale Avenue School; and The Children’s House, a Montessori School based at Verona United Methodist Church.

Option three would be to use the site for affordable housing. The Verona Town Council disclosed in September that developers are considering affordable housing construction on four other sites in Verona: the former Poekel Travel Bureau office near the Verona Community Center, the former Children’s Institute site on Sunset Avenue, a private property now used as the Verona leaf dump on Commerce Court and a heavily wooded lot on Mount Prospect Avenue at the edge of Eagle Rock Reservation.

While Verona currently has immunity from any builder’s remedy lawsuits, the demise of the state Council on Affordable Housing leaves it–and other New Jersey municipalities–open to a variety of assertions about the number of low-income units it must build. One expert consulted by Verona has said we need 20 additional units, while the Fair Share Housing Center, an affordable-housing advocacy group, has pegged our shortfall at 327 units. Verona’s town manager, Matt Cavallo, said that MacEvoy has not yet filed with Verona as a so-called intervenor, the designation for developers and advocacy groups looking to build affordable housing. 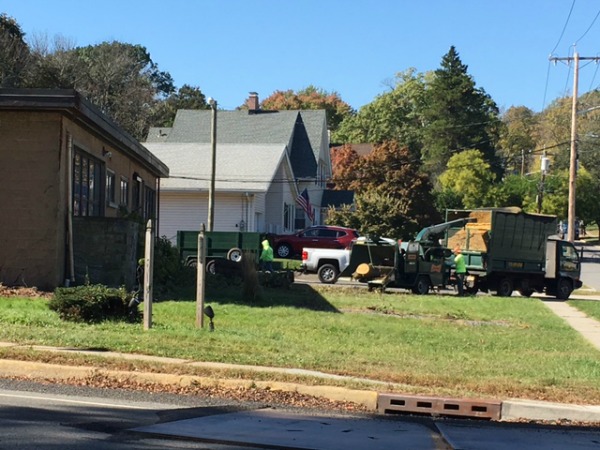 MacEvoy said that he has plans for all three options that he is reviewing, and does not expect to make any application to Verona zoning authorities before the December holidays. “I have Verona’s best interests at heart,” he said. MacEvoy also said that with the school or religious options, he would demolish the office, meeting room and kitchen part of the building that front on Personette Avenue. Workers have been clearing away the trees and shrubs from around the property in the last few days. “It will be nicer,” MacEvoy added. Converting the synagogue to use by another house of worship would likely not require zoning approval.

In May, the Verona Town Council announced that it was going to buy the synagogue property as a new home for the Verona Rescue Squad. But a petition drive by neighboring residents forced the Council to rescind that purchase. Congregation Beth Ahm’s members have had the opportunity to join B’nai Shalom, a Conservative synagogue in West Orange.

The novel coronavirus COVID-19 upended education all over the world two years ago. Verona, which had been building...