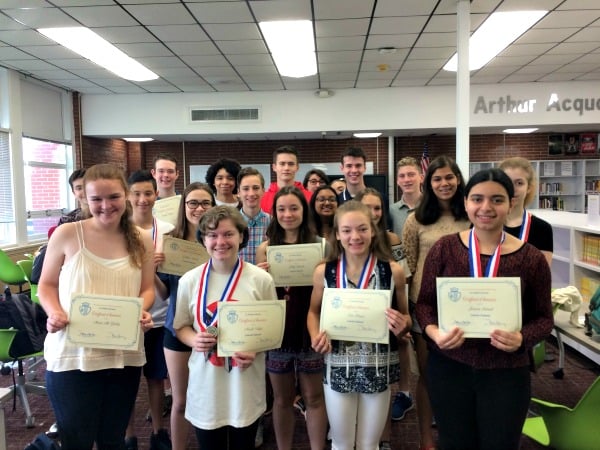 In March, many Verona High School students expressed an interest to challenge themselves and participate in this year’s National French Contest. The National French Contest/Le Grand Concours is an annual competition sponsored by the American Association of Teachers of French (AATF). Students in all 50 states and abroad compete against their peers with similar educational background by taking a multiple-choice test that covers listening comprehension, vocabulary and grammar in context, as well as reading. Out of the 22 Verona students who registered to compete, 17 were awarded prizes, as well as AATF national and chapter recognition. Emily Podolak and Eugenie Mordkovich, the French teachers at H.B. Whitehorne Middle School and Verona High School, are extremely proud of the students’ success and wish them well in their future endeavors.