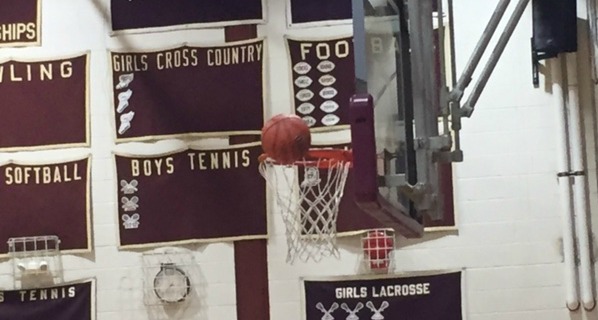 It was a mixed week for the Verona High School boys basketball team. On Tuesday, the Hillbillies pulled out a huge win in an overtime thriller against Bloomfield. The 45-42 win improved Verona’s win total to 7.

Both Verona and Bloomfield played incredible defense throughout the whole game all the way into overtime. The Hillbillies held Bloomfield to four and nine points in the second and fourth quarters respectively, while Verona only scored seven points in the first quarter and five in the fourth quarter. It was a back-and-forth game with several lead changes, allowing for some big-time shots to be made by both teams down the stretch. Some of these shots being three-pointers by Travis Jocelyn who hit four in the game. Two of those three-pointers were in the second half, which resulted in eruptions from the rowdy Verona student section.

Jocelyn led the Hillbillies with 18 and Jack Farrell had 11. Greg Marlo sunk three foul shots in overtime to seal the deal for Verona.

Friday night’s non-conference matchup against Wayne Hills had a different outcome for the Hillbillies, who lost a hard-fought game 53-43. Verona had a 17-16 lead at the half but in the third quarter Wayne Hills outscored the boys 17-6 to put the game out of reach for good. Wayne Hills played great interior defense all night, constantly contesting any Verona attacker that stepped foot in the paint.

Joe Zecchino led the Hillbillies with 13, Farrell and Jocelyn both had 10, and Andrew Siegelin chipped in eight.

Their next game will be tomorrow, Saturday, January 21 at 11:30 a.m. against Glen Ridge. The game will be at VHS.

- Advertisement -
Previous articleMildred V. Couture, 90
Next articleOpen Houses For All