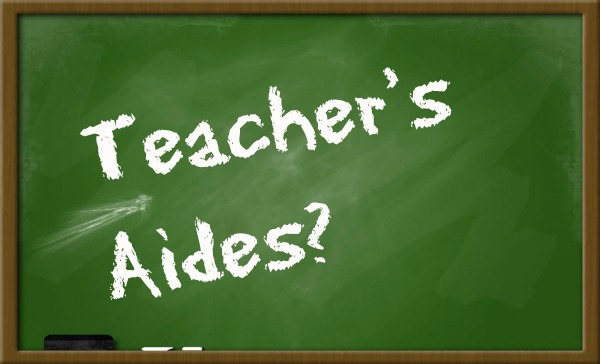 The Verona Board of Education will be taking a different approach to managing teacher’s aides and tech support staff.

In early May, the BOE let it be known that it was “considering” outsourcing the management of Verona’s paraprofessionals, to see whether that would help it better manage high turnover. To do that, it put a resolution on its May 10 agenda to request proposals from private staffing firms. The BOE said that it did not know what responses it would get to the RFP or if any of them would meet the BOE’s contract terms, which would include hiring all existing Verona aides and paying them their current salaries. The paraprofessionals assist teachers with Verona’s special needs students.

The email disclosing the potential changes, however, came on the heels of a vote by the paraprofessionals and tech staffers to join the main teachers’ union. Even though the BOE would later disclose that it had been discussing a variety of changes to the aides even before Frank Mauriello came on as the new director of special services in September, the timing of the email seemed, to many teachers and aides, problematic.

The resolution on the outsourcing RFP never made it to a vote. Teachers, teacher’s aides and special education parents packed the room at the May 31 meeting, and the BOE tabled the item until, it said, its May 31 meeting. That didn’t happen either. The resolution was not on the agenda on Tuesday and BOE President John Quattrocchi said that the Board is now looking at a different approach. “The recommendation from the [special education] committee is that we set aside pursuing an talk of an RFP for the time being,” Quattrocchi said. In place of outsourcing, he said that there would be “some changes” to job descriptions, aide training, and the hiring and scheduling of substitutes, as well as some supervisory changes. He did not go into detail on the new approach.

Quattrocchi also said that the BOE had requested a validation of the unionization vote by the Public Employment Relations Commission, a New Jersey government body. The BOE has the right to request the validation, which it has characterized as the more proper process than simply accepting the post card vote conducted among the aides and tech staff earlier this year. Quattrocchi said that the BOE would “fully accept” the outcome of the PERC validation. He also continued to assert that the aides are a key component of the special education program in Verona, particularly when it comes to keeping special ed students in district. When parents seek an out-of-district placement, the BOE must bear the cost of that placement, which can be substantial: At the May 31 meeting, the BOE approved a residential out-of-district placement that will cost Verona $102,115.

Though the May 31 meeting was not as heavily attended as the May 10 meeting, but several teachers, aides and parents did voice their concerns during the public comment portion of the meeting, which begins at the 1:15 mark in the video below. There were many different opinions as to what the aides want to improve their working conditions.