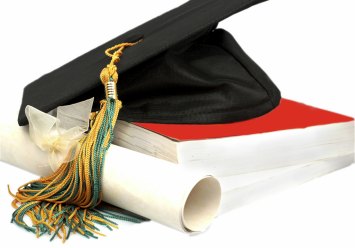 Bates College: Jane Spardel was named to the dean’s list for the fall semester ending in December 2015. This is a distinction earned by students whose cumulative grade point average is 3.71 or higher. Spardel is a 2013 graduate of Verona High School. She is majoring in English and studying abroad during the 2015-16 winter semester through the Bates College Junior Year Abroad program.

Emerson College: Evan Yee has been named to the Dean’s List for the Fall 2015 semester. Yee is majoring in film production. The requirement to make Emerson’s Dean’s List is a grade point average of 3.7 or higher.

Lafayette College: Paige Ferrell and Rachel Paisner were named to the Dean’s List for outstanding academic achievement during the fall 2015 semester. Each student achieved at least a 3.60 semester grade point average on a 4.0 scale.

Loyola University Maryland: Marco DiGrado and Jessica Schnurr, both members of the class of 2017, are members of its fall 2015 Dean’s List. In order to qualify for the Dean’s List at Loyola, a student must achieve a minimum QPA of at least 3.500 for the term, provided that, in the term they have successfully completed courses totaling a minimum of 15 credits.

New York University: Alexa Quattrocchi, a member of the Verona High School class of 2011 who graduated with honors from the University of Scranton with a degree in counseling and a criminal justice minor, has been inducted into the National Honor Society at New York University’s Silver School where she is a graduate student pursuing a degree in social work.

Rensselaer Polytechnic Institute: Krojana Selimi has been named to the Dean’s Honor List for the Fall 2015 semester. The Dean’s Honor List recognizes full-time students who maintain grade-point averages of a minimum of 3.50 out of a possible 4.0 and have no grades below “C.” Selimi studies industrial and management engineering.

Rochester Institute of Technology: Jill Lanese was named to the Dean’s List for the fall semester 2015-2016. Lanese is studying in the biomedical sciences program. Degree-seeking undergraduate students are eligible for Dean’s List if their term GPA is greater than or equal to 3.400; they do not have any grades of “Incomplete”, “D” or “F”; and they have registered for, and completed, at least 12 credit hours.

University of the Sciences: Nicole Farbaniec has been named to the fall 2015 Dean’s List. Selection for this award is based on completing and passing all assigned courses with no grade below a “C” and attaining an academic average of at least 3.4 for courses taken in the fall of 2015. Farbaniec is a doctor of occupational therapy student.