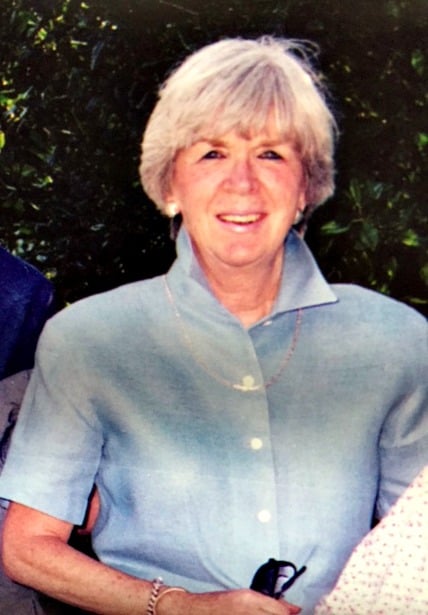 Joan P. Zebrowski passed away peacefully surrounded by her husband and children on Monday March 28, 2016.

She was predeceased by her parents Harold and Thelma O’Neill. The oldest of ten siblings, Joan is survived by Barbara, Roger, John, Peggy, Stephen, Sally, Patsy, Jack and Liz.

Joan was an active member of Our Lady of the Lake parish, singing in the choir, member of the the alter linen committee, and participating in the St. John’s Soup Kitchen ministry. Joan loved her sports, tennis and especially watching her children and grandchildren’s events. She was an avid baker famous for her almond cookies.