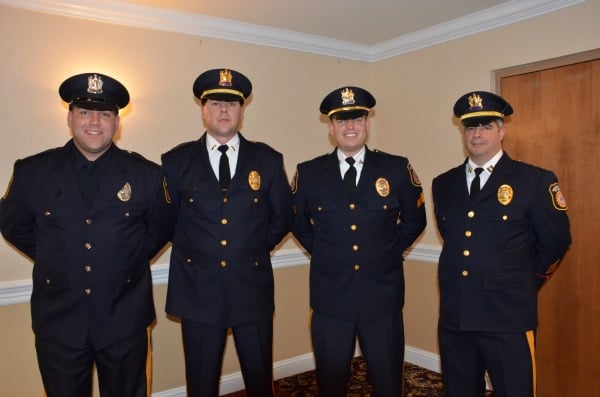 The final Town Council meeting of 2015 closed out the year on a high note. The Council recognized the promotions of three current Verona Police Officers and welcomed the hiring of one new one.

The promotions were awarded to Capt. Stephen DePoe, Lt. Paul Watkins and Sgt. John Lecreux. The new hire is Officer Jordan Descafano. The ceremony was conducted by Chief Mitchell Stern, who was named to that position earlier this month upon the retirement of the VPD’s long-time chief, Doug Huber.

The ceremony was captured on YouTube, and you can watch it here.

It was also photographed by Verona Police Officer Ed Carattini, who shared these photos with MyVeronaNJ.com’s readers. There are more photos on our Facebook page. 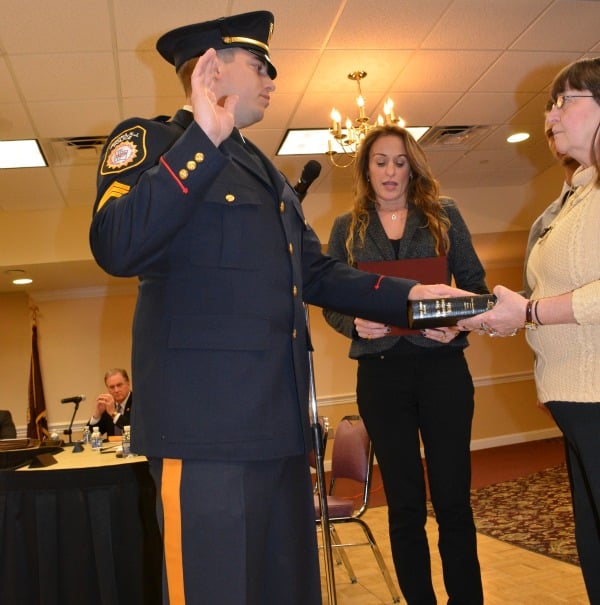 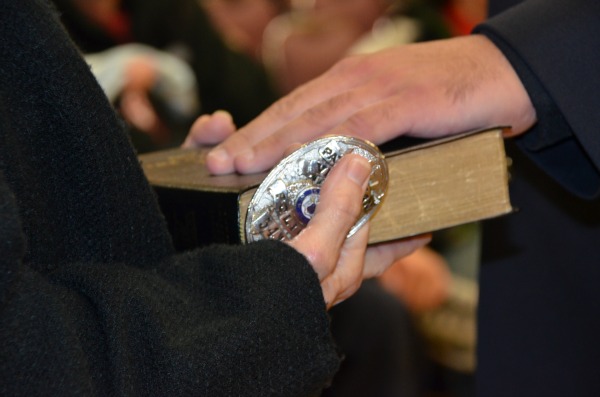 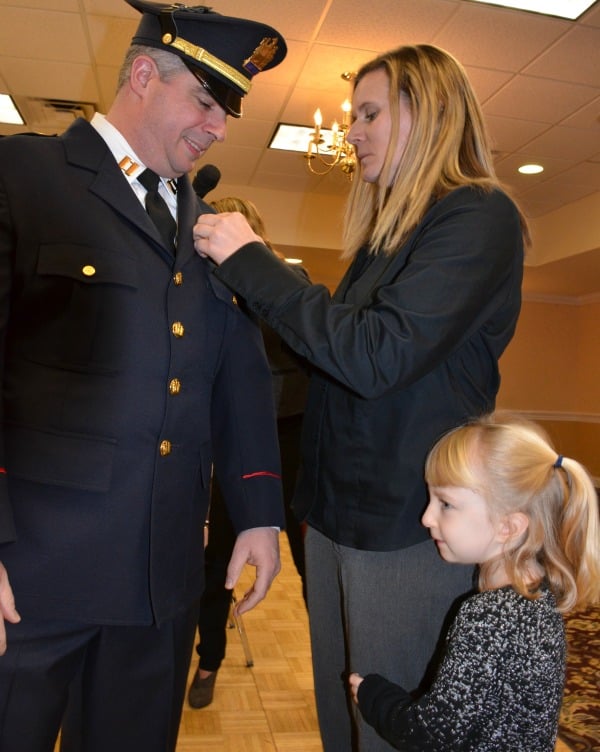