Football: A Championship Season In Review 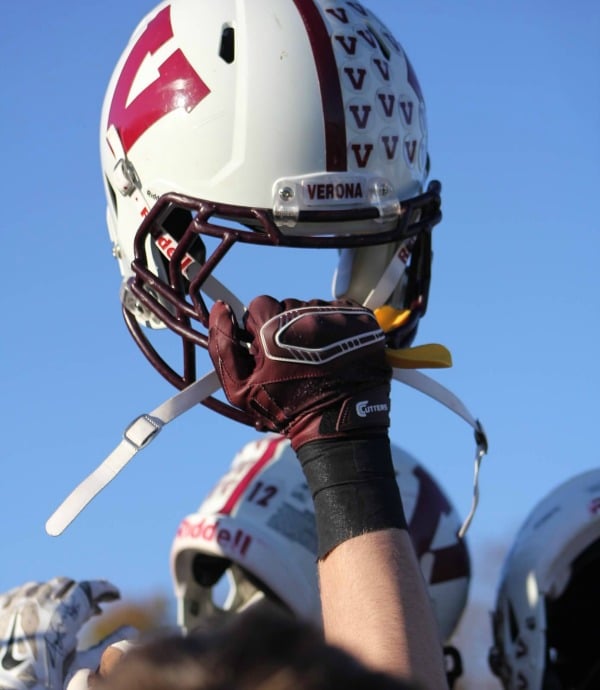 For the first time in their rich football history, Verona High School has had an undefeated state championship team. Along the way there were several pay-back games which made the season even sweeter.

Head Coach Lou Racioppe said he knew coming in that this team had a chance to be special. He had implored his team to “take it to the next level”. What he meant was to go a step farther than they did a year ago and make it to MetLife Stadium.

On a rainy Saturday, in September CJ Lavery returned the opening kickoff for a touchdown against East Side to give the Hillbillies their first lead of the season, and they never looked back. In fact, this team never trailed in a game all season long in regulation time. They did trail Orange in overtime, before winning the game on the next possession.