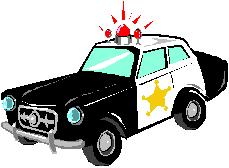 Verona Police Chief Doug Huber told the Town Council at Monday night’s meeting that a suspect in the string of car thefts and break-ins in Verona has been apprehended.  Huber gave few details because the Verona Police Department is still trying to connect the suspect to more cases. But he said that the VPD had received a call from a police department in Union County that they had someone in custody who was in possession of stolen property from Verona and had sent officers down to check it out.

The announcement came just about two weeks after the VPD nabbed Andrew Goldberg, a suspect in three burglaries in town. “We’re making progress,” Huber said. “People are getting arrested.”

But Huber reminded the Council that residents can thwart car crime simply by remembering to lock their car’s doors when they park it. Huber said that 80% of the cars involved in the thefts and break-ins had been unlocked and he noted that car thieves often assume that an unlocked car means that a home’s back door is unlocked and double their criminal efforts.

Despite the arrests, Huber asked that residents remain vigilant. “If you see something that doesn’t look right, let us know.” In addition to 9-1-1, the public can also use the non-emergency VPD number, 973-239-5000.