At the end of this past summer, I was fortunate enough to receive a food gift:  frying peppers from my brother-in-law’s garden. I don’t know how he does it, but all of his vegetables grow well and are delicious. 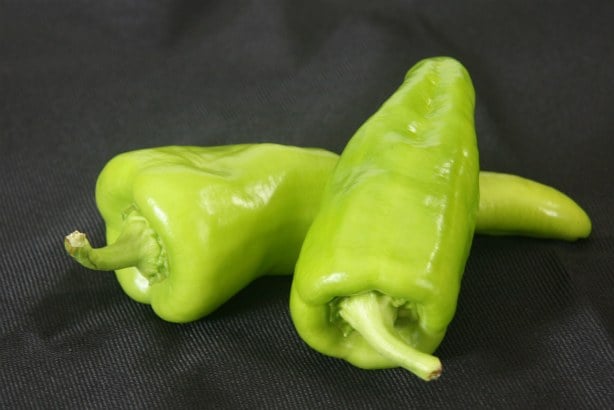 I figured I had two choices with the peppers, saute them with onions and serve with sausage, or have some fun. I chose to have some fun. Since this summer, I had been wanting to try Carmen’s Chicken in my Crock Pot. In my head, it seemed like a good idea but there was only one way to find out for sure. As luck would have it though, I was already running late and didn’t have time to make Carmen’s spice rub from scratch so I improvised and went from memory. I was really running out of time.

The result is the recipe below, which I will call not quite Emergency Chicken and not quite Carmen’s Chicken, but something in the middle of the two. Tracy’s Chicken? Maybe.

2 tablespoons spice rub of your choice

1 onion cut in half and sliced

This was really easy and delicious. If I had had more time, I would have sauteed the  onions and peppers first, but the flavor was fine without doing that.

Serve with rice or mashed potatoes.