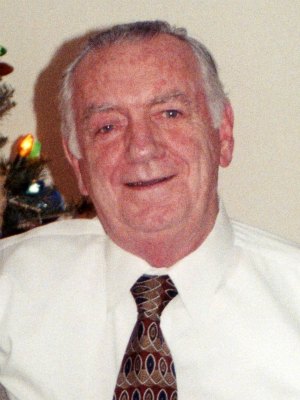 A funeral mass will be offered in Our Lady of the Lake Church, Verona on Thursday, January 5 at 10 a.m. Visiting in the Prout Funeral Home, 370 Bloomfield Avenue, Verona on Wednesday January 4 from 2 to 4 and 7 to 9 p.m.

Born in Newark, NJ, Mr. Corcoran has lived in Verona since 1965. Mr. Corcoran graduated from Seton Hall Prep and Seton Hall University. He served in the Army during the Korean Conflict.

Mr. Corcoran was with A& P Supermarkets for 25 years and then served 25 years with the Essex County Sheriff’s Department, retiring as a budget examiner in 2005. Mr. Corcoran was a member of VFW Post 6255, Cedar Grove and a collection counter at Our Lady of the Lake Church in Verona.

He was predeceased by seven brothers and sisters and is survived by his sister-in-law Addy Corcoran.

In lieu of flowers, donations to Autism Speaks, 1060 State Road, 2nd floor, Princeton, NJ 08540 or to Our Lady of the Lake Endowment Trust, 32 Lakeside Avenue, Verona NJ 07044 would be appreciated.