Music For An Alien Invasion 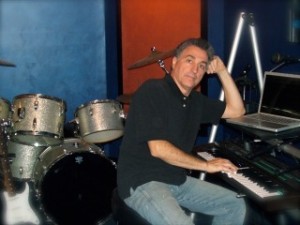 When last we checked in with George Cortese, he had composed lovely, lilting music for a ballet. His latest piece is worlds away from that–alien worlds, to be precise.

Cortese, the owner of Cortese Kitchens & Baths, has written the score for “Assassination Earth” a new horror movie from Bantha Fodder Productions (Star Wars fans, please explain the company’s name to those readers who are not one with the Force). He had learned about the film through Verona resident David Freschi, who just coincidentally happens to be the brother of Bantha Fodder’s founder, Daniel Freschi.

Daniel Freschi e-mailed the scenes and Cortese began working on the score in his electronic music studio at home. “The theme, counter-theme and the one that says ‘run like hell’,” Cortese says with a laugh.

“Assassination Earth” will have its world premiere on November 20 at 7:30 p.m. at the Darress Theater in Boonton. Tickets are just $5, and you can get a sneak peek below. See how many members of the Cortese and Freschi families you can count among the extras.