By day, George Cortese arranges plumbing and tile to compose remarkable kitchens and bathrooms. By night, he composes music.

Music for ballets and independent films. Music that sounds for all the world as if it were being played by the New Jersey Philharmonic–and not by a computer. “I put a lot of effort into the details that can turn electronic music into almost acoustic music,” Cortese says.

Cortese starts his pieces on the grand piano in his living room. When he has the theme and counter theme worked out, he moves downstairs to his electronic equipment, which includes professional electronic composition software. There, he plays not only the piano part, but the music for every instrument he wants in the piece. In the case of “Lullaby Waltz”, a piece commissioned by Theatre Arts Dance America, that meant 25 different parts. “Then I sit at the computer,” he says, “and tweak it to make everything work together, to get the instruments right.”

Cortese, who graduated from William Patterson University with a major in percussion and a minor in piano, began working on electronic composition in 1982 when, he quips, “computers were just glorified calculators.” He came to it well prepared, thanks not only to his studies at WPU but also his junior-year work at the Royal Polytechnic Institution in London. At WPU, he studied orchestration with Don Sebesky, whose book, “The Contemporary Arranger”, is the touchstone of music composition.

After graduation, Cortese worked as a musician until he got married, playing with orchestras and in night clubs. He also built a successful high-end construction and renovation business, Cortese Kitchens & Baths. 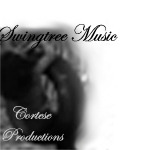 Cortese says he doesn’t miss the late nights and all the gear he used to have to haul around, but, now that his children are older he is glad to have the chance to get back into music in some way. His music company, Swingtree, is the beginning of that way. The “Lullaby Waltz” will be played at TADA’s upcoming recital on Saturday and Sunday, June 5 and 6, as will “Dance Of The Drums”, another commissioned piece. Cortese’s daughter has been a TADA student since she was very young, and will be among those dancing to her father’s composition in the performance.

If you would like to listen to the “Lullaby Waltz” before then, you can click here. You’ll get a new page with a scroll bar that controls the MP3 file. Just click on the arrow to play it. You can listen to “Dance Of The Drums” by clicking here and following the same steps.