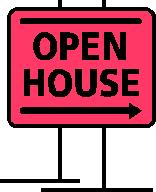 Last weekend was Halloween; this weekend is for tricks and treats in real estate. Nine Verona homes are having open houses this Sunday. Here are the houses, from lowest priced to highest:

For $374,000, you can get a three-bedroom, one-bath home at 10 Douglas Place, a dead-end street near Brookdale Avenue elementary school. Next, at $398,000 is 11 Morningside Road, with three bedrooms and two baths. The only home in the F.N. Brown district that has an open house this weekend is 11 Westland Road. It has three beds and one-and-a-half baths, and is priced at $410,000.

The last three houses are all priced at more than a half-million dollars. 1 Halsted Street is $569,000, which includes three beds, two baths and a deep lot. 75 Oakridge Road, in the Forest Avenue district, is $629,000. It has two full and two half baths, four bedrooms and an attic with room for two more. And finally, at $799,000, is 7 Crestmont Road, with six bedrooms, four and a half baths and a half acre of property.